Malden is a town north of Boston with its own active downtown (complete with convenient large grocery stores) as well as dozens of outdoor parks and green space. Residents here love their nabe for its suburban nature and its easy commute into the city: Malden has two stops on the Orange Line T, and is served by several MBTA bus lines.

Malden is one of those self sufficient little Boston suburbs that is still connected to the hustle and bustle of the city with an easy trip on the T. In other words, you can live in Malden and never have to set foot in downtown, enjoying the quiet sidewalk lined serenity, or you can go into downtown every day and come home to peace and quiet. Malden has several squares, providing an abundance of green space and giving the nabe a quaint European charm. The homes are typical Boston Victorians, (many of them have seen better days, I have to admit) and they’re filled with happy families. This is definitely a family nabe and families thrive here, enjoying the open space, strong community, and bustling commercial center.

A little bit of everything

Malden has its pros and cons, as do most neighborhoods, but I’d like to think that the pros outweigh the cons.

The school system has been revamped with new K-8 elementary schools, and renovations have been ongoing to improve Malden High School. Unfortunately, the city decided to build these schools where historic parks once stood. This was met with fierce protest from the locals, to no avail, and the compromise was to build a new park where one of the old schools used to be. The other old school lots were sold to the “highest bidder” (read: friends of politicians), and are now condominiums. While I tend to agree that the end justified the means, there are a lot of questions as to who decided this was in our best interest while the local government finds new ways to tax their citizens.Malden has a “Pay-As-You-Throw” program, which essentially means you are required to throw your trash away in an official “City of Malden” trash bag, which will set you back 1-2 dollars a piece depending on the size. This was also met with fierce opposition, but a sly political maneuver kept it from being overturned. This is still on the radar of local activists, and is by far the least popular political decision in the last 40 years. Most people feel that this is just a way to circumvent Prop 2.5, but any legal action has been thwarted by the City of Malden.

Malden has two Orange line MBTA stations, and countless bus routes. If ever there was a reason to choose Malden, access to public transportation would be on the top of the list. Parking is iffy if you don’t live nearby, as Malden surrounds the train stations with “Parking By Permit Only” signs. The Malden District Courthouse also gets the same treatment, so expect to pay to park if you plan on doing any shopping or exploring anywhere near Malden Center.

While there are nice areas and not so nice areas, I believe Malden to be generally safe. Every city has crime, but Malden has a strange reputation of being crime-laden without any evidence to support that. Part of having direct access to Boston is allowing direct access to Malden from Boston, so a lot of these purported crime is committed by non-residents. Do you want to be walking along the tracks alone at 3AM? Probably not, but I believe that to be the case in most high-population cities.

The greatest part of Malden is that it is truly a melting pot. People of all ages, races, creeds and sexual preference live in Malden, and rarely do you hear of any discrimination. The citizens wouldn’t tolerate it.

If I had to pick the nicest area of Malden, it would be Forestdale. The neighborhood borders Melrose, has plenty of trees, and is safe at night for strolls and jogging. As in any neighborhood, there are isolated crimes, but I have never been concerned for my well-being in Forestdale. There was a time when Dexter St. and its surroundings were considered the “nice” part of Malden, but once Malden Station became active, they deal with the spillover effect of having a train station in the middle of their neighborhood. While the houses are impressive and Victorian, they seem out of place after the area became urbanized.

Malden is not a great place to visit, as there’s not a lot to do. At night, there are some top of the line bars in Malden Square and Maplewood Square, but nothing you couldn’t find in Boston or any other suburb.

Rent is still high, because landlords capitalize on access to the T. If you want to live on a bus line or train line, expect that to be included in the price of rent.

In short, I believe this to be a fantastic neighborhood to raise a family. It has an edge, but it allows you to immerse your family in what is essentially the real world. You will be hard-pressed to find a city as culturally diverse as Malden.

It is All In Malden: Life North of Boston

I lived in Malden for one year, and let me tell you, like everywhere it is a good and a bad place. The positives outweigh the negatives though, as this neighborhood is just enough to be out of the gritty city scene like other neighborhoods that are not a good place to settle down.

I moved to Malden from New Haven, CT, where city life was tough and in poverty, so the new surroundings were a welcome change from the sirens and danger to a more quiet and safe environment. Getting there was easy, from Downtown Crossing on the orange line it is seven stops to Malden Center.

I lived five minutes from the T station, and everything was within a walk for shopping, dining, and entertainment. What is interesting is the ethnic diversity that Malden offers. People from India and Pakistan dwell here, as well as African-American and Latino with Whites. Living here is special, I felt comfortable and at ease in Malden.

There are affordable apartments for rent all over Malden, Granada Highlands, Cliffside Commons, and Quarrystone at Overlook Ridge can provide if you are looking to move here. I lived in a house on Woodland Avenue, in a nice neighborhood a little outside of Malden Center. Houses for rent are available as well, and the prices are not as bad as you might think.

Down Center Street is where you will find shops, restaurants, and nightlife. The Dockside Restaurant always has good food with good times, and is perfect for watching the Celtics or the Red Sox while munching on big platters of food. Rain night club supplies the night life with exciting entertainment, with DJ’s for hot dancing and letting loose on a Friday or Saturday.

The only minus to Malden is the distance from downtown Boston and the rest of the city. It is definitely a destination for someone who is looking to get away from the downtown life. But getting around is easy with the bus system, so you don’t feel as if you are away from anything, you can get around easy.

Overall, Malden is a nice place to live. Whether you are just visiting or are seeking a place to settle down, Malden has a diversity in it that fits any size.

More than just another stop on the Orange Line

I’ve lived in Malden my entire life, and throughout my 21 years of residing here, I have grown quite fond of this small city. Over the past few years, the city has undergone drastic changes and more and more people are starting to make their way out of Boston to start a living here in Good Ol’ Malden.

Located right off of the Orange Line, commuting to and from Boston is highly convenient. About a 20 minute train ride into Downtown Boston, it’s no wonder most people are trading in the pricey, city life to live in quaint Malden. A lot of new condominiums and apartments have recently been built, living here is a lot cheaper than living inside the city. Here you will find great trendy restaurants, such as Exchange Street Bistro (http://exchangestreetbistro.com/) , All Season’s Table Restaurant (www.allseasonstablerestaurant.com) or Hugh O’Neil’s Pub ( www.hughoneills.com) all within Malden Square. Malden also has some of the best pizza, for you pizza fanatics, Pisa Pisa is a local restaurant with some of the best buffalo chicken pizza.

I’m not trying to be bias, but Malden is wonderful city. It has one of the most diverse cities you will ever go to. There are so many different cultures here, ethnic restaurants owned by locals and a great sense of community. Not known for it’s nightlife, Malden is a nice place to relax and have a nice dinner with family or friends. However, if you are looking to have a wild night, Boston is just a train ride away!

Also, here’s a bonus:
Malden is Voted #1 Best Place to raise a family! Check it out. 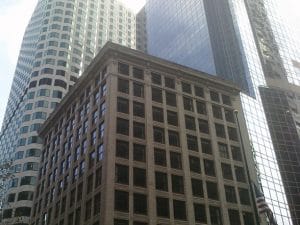 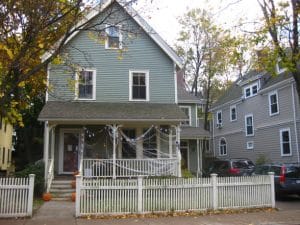 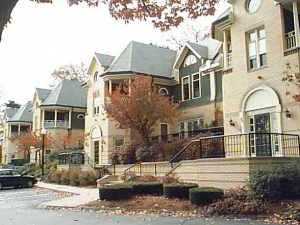