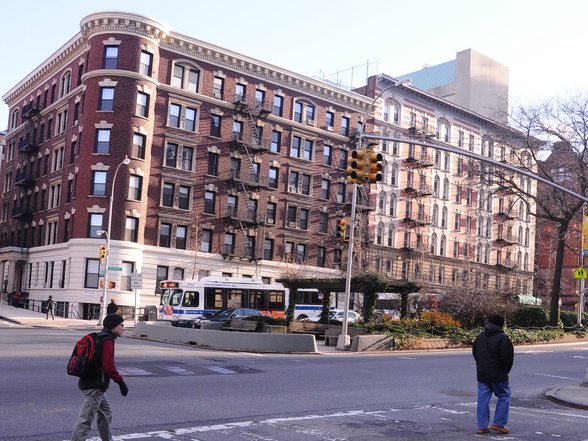 Morningside Heights is almost synonymous with Columbia University, though the savvy local will be quick to point out many other landmarks in the neighborhood, like Riverside Church. The behemoth of university life continues to expand (or encroach, depending on who you ask) into neighboring Harlem, making Morningside Heights a unique mingling of college town and urban America that remains sought after by students, faculty, and regular New Yorkers alike.

Morningside Heights is becoming the new Upper West Side as new restaurants and attractions expand northward. This neighborhood has always been home to Columbia University students as well as a few stragglers from Harlem. The area is home to the famous cathedral St. John the Divine. While there is a young vibe thanks to the student population, the neighborhood is a bit isolated. You could find yourself going out pretty much only in the area and if you have friends living in the rest of the city they will be hesitant to make the trek.Beverly W.

Why I Would Die to go to Columbia, Besides the Diploma

When I first lived in Morningside Heights, I was 18 years old and “taking time off” from school on the West Coast – and M.H. suited me perfectly, as a safe mixture of collegiate charm and urban excitement, with enough of cultural interest to keep me occupied when I wasn’t selling stationary. St. John the Divine cathedral is maybe the tallest point of interest – and the resting place for Joan Didion’s late husband, John Dunne, and daughter, Quintana Roo. Last time I was there, a docent told me the massive tree-table ended up there because it couldn’t fit through the doors of its original destination, the U.N building. There are plenty of beautiful free services if you need some contemplative space, and the Hungarian Pastry shop just across Amsterdam is perfect for writing or hitting up that fat Sunday Times. I’ve always wanted to have a picnic brunch in the tree-lined boulevard leading up to Grant’s Tomb, and Central Park is very close. Generally, the feel of the neighborhood is safe, academic, and liberal – but still Manhattan. And don’t forget to make a mini-trek to Harlem for soul food by the pound at Manna’s!

The architecture of Morningside has retained its classic look, as you won’t find many skyscrapers around here. It is a very local nabe, with the community being as tight-nit as an nyc nabe can get.

Morningside has wonderful parks on the river side. They are great for a stroll in the park, a walk by the riverside, sports, rollerblading, or even sledding in the winter (especially because of the massive hills in Morningside)

Columbia and Barnard are really big, but they are integrated into the community. The campus at Columbia is very open to Morningsiders as is Morningside open to Columbia students.

Fun fact: Morningside Heights is home to Tom’s Restaurant, the diner from Seinfeld.

not the biggest party scene– but growing

It’s 4:15 PM on a weekday. A friend and I are going to the store after class to stock up on Snapple. Walking the few blocks from campus, we find ourselves weaving through flocks of kids and their parents and dodging the occasional elderly person wheeling home their groceries. Turning to me, my friend asks emphatically “Where did all these…normal people come from?!”

The truth is that Morningside Heights is essentially a college town. Everywhere you go within the Heights (referred to by a popular Columbia blog as “Boringside Heights”)you are sure to see lots of 20-somethings bustling to or from Columbia/Barnard campus. However, as my above anecdote illustrates, there definitely exists a non-student population (mostly families or older folks), which is most visible during certain hours of the day and around certain areas (such as Riverside Park or the Westside Market).

With such a population, Morningside isn’t really a destination for anything particularly exciting, such as dining or nightlife. Sure, there are a handful of diners and restaurants which are pretty good and a couple of decent bars, but nothing to write home about.

As a whole the place is pretty quiet (with the exception of the occasional protest or the more frequent gaggle of rowdy drunk students roaming weekend nights) and feels safe (relatively low crime rates, I believe). A nice place to live.

Quiet, low crime, sights such as St. John the Divine cathedral, the lovely Columbia campus (used by many families as a park), public transportation ( namely the 1 train) abounds

Limited dining/nightlife options, kind of a ‘bubble’ (a lot of very similar people live there)

It’s unfair to say that there are only college students in Morningside Heights, but when the twenty-four hour grocery stores in the area are most often frequented by twenty-somethings in pajama pants, its safe to say this is a college town.

If you’re a gourmand, this is not your neighborhood, although the West 80s aren’t far from here and feature some amazing restaurants. However, Morningside is a spectacularly quiet place with low crime rates.

The community is rather active in Riverside park and on Saturday afternoons you’ll often see large groups of families all together in the playground. This is a really comfortable, family oriented nabe.

Nested in this decidedly charmingly named slice of Manhattan is Columbia University in the City of New York, the neighborhood’s most noticeably significant landmark. The most important thing to know about Morningside Heights — particularly between 107th and 112th on Broadway and Amsterdam — is that it is basically an extension of Columbia, which caters to the Ivy League institution’s large student body with somewhat affordable and decently tasty restaurants, a few hip clothing outlets, bookstores, drugstores, gourmet grocers with large delis and heavily stocked instant-food aisles, and of course the obligatory almost-24-hour $2.50-a-slice pizza joint.

A huge upside to Morningside Heights is that it’s quite safe on the surrounding streets even at night. Columbia has an extensive public safety department that renders the perimeter streets almost totally clear even in the wee hours (perfect for that midnight-snack run to the 24-hour grocers!). Though you may want to avoid walking alone at 2 AM upwards of 120th and anything much more eastward than Amsterdam, there’s a lot to be said for the neighborhood’s general peace, quiet, and safety.

Though Morningside Heights — particularly directly around Columbia’s campus — does cater to its large student population, it’s not as though the streets are simply swarming with twentysomething anthropology majors and stoic law and business school students. Though the surrounding retail establishments do tend to accomodate the needs of that crowd, Morningside Heights has plenty to offer for those who just want a decent bite to eat or a quick jog in Riverside Park.

I can’t speak about the neighborhoods I’ve become intimate with in New York without talking about Morningside Heights, the beautiful setting for Columbia University and the surrounding colleges including Manhattan School of Music, where, although I never lived here, I spent some of the most memorable years of my youth hanging out with my musician student friends. This quiet small neighborhood filled with the campus of Columbia, the world famous Cathedral of St. John the Divine and a host of students and faculty, surrounded by Riverside Park on the west and Morningside Park on the east, felt and feels more like an extension of the Upper West Side which I came up from when I spent my days here practicing the piano, taking lessons and classes and going out to the hangouts with fellow students, thanHarlem which is to the northeast and West Harlem to the north. I will always have a great fondness for this neighborhood which held those precious memories of youth and freedom. As I see from the other reviews, it looks like it’s still a wonderful and quiet place to live.

Having undergone rapid gentrification within the last two decades (much of it due to Columbia University’s school board pressing for safer student life environs), Morningside Heights has definitely cleaned up its act and evolved into a quaint area with some great restaurants and subdued nightlife scene. Yes, this neighborhood isRIGHT below Harlem and yes, you may not want to take your evening jog above 115th street, but otherwise Morningside is really little than an enclave filled with kids rushing to make their 10 AM Voltaire seminar.

Definitely a residential haven for those who may want to live in New York or raise kids here but can’t necessarily afford Upper West Side rent, Morningside offers direct access to Central Park and Morningside Park, a number of affordable grocery stops and small cafés (be sure to check out the Hungarian Pastry Shop!), and some of the city’s most aesthetically stunning cathedrals and chapels. Be sure to swing by St. Paul’s and St. John’s if you’d like some architectural eye candy!

Also, the area was recently branded by New York Magazine as one of the up-and-coming real estate nabes in the next decade.

I love this neighborhood and if I wanted to live in Manhattan this would be where I would look for a place. Excellent bookstores, record stores, restaurants, bars, and general scene. There is at least one very good record store that also sells and rents movies. Day or night, there’s something to do. And that’s before we get to Columbia University and its concerts at the Miller Theater. Just keep your eyes open and use your New York street smarts and you’ll be fine.

I used to live in the Upper West Side but I recently moved about ten blocks up to Morningside Heights. It’s much more affordable for me and, really, just as nice.Suse W.

I live in a dorm right now but next year i’ll probably get a place nearby with some friends. The area is super safe and everything we need is close by! We can walk to the park, Harlem, and the UWS in 10 minutes and downtown is about 30 minutes away on the train. There are cheap food options for my budget and then really nice places that I can take my parents too! I recommend the area.Molly D. 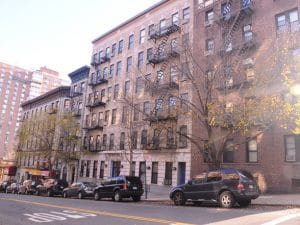 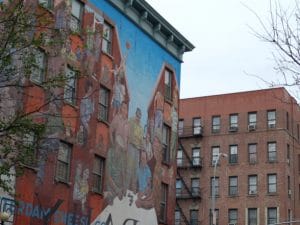 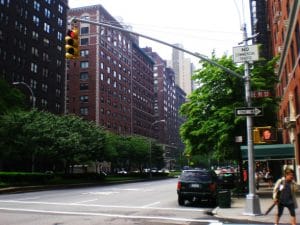 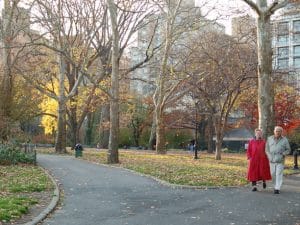