The best area is between White Plains Rd. and Bronx Park East leafy, quiet with a local entrance to the New York Botanical Gardens. East side and west side subways the express bus stop, walking distance to the Bronx Zoo, Little italy and Fordham University make this an ideal neighborhood. I thought neighborhoods like this did not exist anymore with large apartments in well kept courtyard buildings. I moved here from Williamsburg Brooklyn and have never looked back. After living in Manhattan, Queens and Brooklyn I have never encountered a neighborhood like this.

This is an unbelievable little enclave within the Pelham Parkway neighborhood.Very quiet and peaceful with every convenience and right next to The Botanical Garden.One of the lowest crime rates in The Bronx and Just a few blocks from the subway.
Many co op buildings on Bronx Park East.carl

Bronxdale is a modest slice of the Bronx without much of a reputation. It is chiefly comprised of row houses and apartment buildings. The neighborhood is diverse, with a strong Eastern European population. As a result, many of the grocery stores sell rare goodies that are hard to find elsewhere.In terms of dining, fast food is king, with an IHOP scattered into the mix. There are small diners, pizza restaurants, and Chinese food spots, but these are not much different than those found anywhere else in the borough. Nightlife is nearly non-existent, though the small cabaret club appears randomly in the street scene.

There are also many gas stations in the area, making it a good place to reside in if one is determined to own many cars.

All in all, Bronxdale is a safe, quiet, low-key neighborhood that is good for someone who wants the convenience of the Bronx, but not too much vibrance or energy. 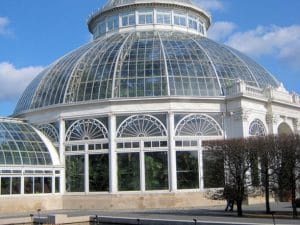