Named after the wide, tree-lined road that cuts through it, Pelham Parkway is a quiet residential neighborhood served by the 2 and 5 lines. Known for its community center Bronx House, Pelham Parkway is also prized for its proximity to The Bronx Zoo and The New York Botanical Gardens. Its main retail district is White Plains Road.

Pelham Parkway is a great,safe and relatively affordable neighborhood.It might be one of the most diverse neighborhoods in the city with a great mix of people.It is an old style NYC middle and working class neighborhood that is about 35% white,35% hispanic,20% black and 10 % mixed/other(mostly Asian).The largest ethnic group is Albanian but there are still a lot of Italians and Jews left from the days when it was an almost totally Italian and Jewish neighborhood.
There is a major shopping area on White Plains Road with major national retail chain stores as well as small mom and pop type establishments,banks,24 hr diners,green grocers and restaurants.
There are 2 subway lines serving the neighborhood ,the 2 and the 5, so there is easy access to both East and West Sides and it is about 35 minutes to midtown on either one.
Once off of the bustle of White plains road it is a peaceful,relatively quiet area with lots of green space and trees.Pelham Parkway itself is very park like and the neighborhood borders The Bronx Zoo and The New York botanical garden.City Islandand Orchard Beach are a short bus ride down the parkway.
Prices are very low by NYC standards.Most of the housing in the area is in 6 or 7 story pre- war elevator apartment buildings with rents ranging from 800 or 900 for a studio to around 1,400 for a 2 br,2 bath apartment. There are lots of co op buildings with prices currently ranging from about 80,00(studio) to about 200,000 for a renovated 2 br 2 ba in an art deco building.Single and 2 family houses range from $350,00 up.
Good shopping,good transportation,great parks and a great inexpensive housing stock.Carl P.

I looooove shopping and Pelham Parkway is a good place to do it, it’s an easy ride on the Bx22 bus from my neighborhood. There are a lot of stores to choose from. There’s a lot of fast food so I try to go toward Lydig Avenue to get pizza.

I’ve always wanted to go jogging along the Parkway but I get lazy sometimes… lol! Shopping is a lot more fun. The only thing I don’t like about it is that the train gets really loud but I can get used to that.Josie M.

For many years I was a biker and rode down Pelham Parkway, which was bumpy sometimes but exciting constantly. One good thing about this area are the places you can go to exercise. Bronx Park has one and a half basketball courts, and is also a good place to bike ride or run. Just don’t go there at night. It’s not unsafe, but it is the Bronx.Paul N.

Pelham Parkway is the more urbanized counterpart to its sister neighborhood, Pelham Gardens. Pelham Parkway is home to more apartments and is closer to more transportation options than its sister. It’s also far more lively, with a buzzing shopping district along White Plains Road.

The diversity trend continues, with several continents represented, with South America, Asia, and Europe represented along the wide, tree-lined blocks. Lydig Avenue, one block south of the main drag (easily, Pelham Parkway), is known for its pizza restaurants and even boasts a new vegetarian-friendly cafe.

The area is also a great community area. As stated in the previous review, Bronx House is a popular place for sports and swimming. Several senior centers dot the neighborhood, making it a good place to settle down and meet new people. When not commuting to work in Manhattan via the 2 or 5 train, residents can be seen playing, tanning, and walking their dogs along the grassy strips of Pelham Parkway. The Bronx Zoo and Botanical Gardens are a quick and easy walk away.

Pelham Parkway is also quiet, save for the occasional cries of buses and subtle rumble of the train. Crime is not a problem in the area, although one should always be on his guard in the city.

I would recommend Pelham Parkway to almost anyone. The neighborhood has quite a bit for everyone.Amelia Z.

Of course, longtime residents of Pelham Parkway will very quickly – and without much apology – admit to visiting The Bronx Zoo only a handful of times, but they will just as frequently fail to note just how simple and carefree those few visits were. Only minutes away, The Bronx Zoo is easily accessible by foot. Couple that with their Wednesday pay-what-you-want admission, and you are on your way to having a low-cost wonder of a day.

Residents, of course, love Bronx House. They also love the White Plains Road Improvement District, known more colloquially as “White Plains.” The long row of shops and stores, shaded by the elevated tracks of the 2 line, boasts quite a few standards and essentials – Rite Aid, CVS, a diverse selection of banks, a Gamestop, a Staples – coupled with the necessary evils that are McDonalds and cell phone shops. There have been few complaints.

…but if there we’re complaints, there is a good chance you would have something of a tough time comprehending them. Pelham Parkway, as it happens, is home to quite a diverse populous, one that has grown more diverse in recent years. Eastern Europeans, especially Albanians, regularly rub elbows with Mexicans and Dominicans. Klezmer has been heard in earshot of reggaetón. This is New York, after all.

The diversity of the area extends further, touching on the most domestic of all matters – housing. The Pelham Parkway Houses, a twenty-three building housing development, is minutes away from a number of clearly-pricy homes. Rent, predictably ranges as well, but you can expect to pay a no-doubt standard $1500 a month for some of the better apartments in the area. 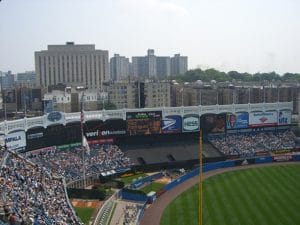 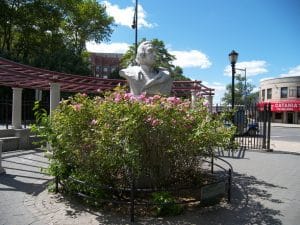 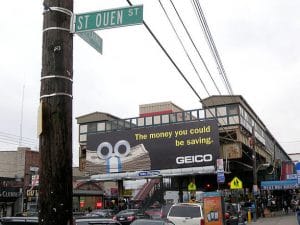