Thousands of tourists flock to New York City every year. With so many things to see and do, it’s easy to get overwhelmed with all the options. The following is a list of some of the best attractions New York City has to offer, and some helpful travel tips.

Where to go in new york ? 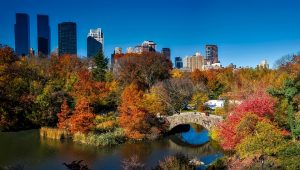 With 843 acres of beautiful scenery, flowers, trails and historical monuments, Central Park is a wonderful escape from the hustle and bustle of the city. Bicycles are available for rent, and visitors can explore the various trails and attractions of Central Park, like the Central Park Zoo or Belvedere Castle. In the summer, you can catch a Shakespeare play at Delacorte Theater, and in the winter, you can ice skate at Wollman Rink. 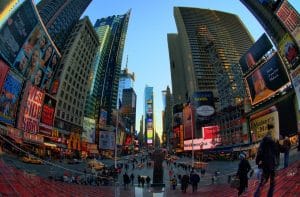 The iconic Times Square is one of the most famous tourist attractions of NYC. Here, you can catch a Broadway show, visit Madame Tussauds to see the wax celebrity models, and browse through the many street vendors selling everything from art to jewelry along the street. You can also stop by the flagship Toys “R” Us location and ride the indoor Ferris wheel. Times Square also hosts a massive New Year’s Eve party, where thousands of tourists can watch the giant ball drop.

National September 11 Memorial and Museum at the World Trade Center 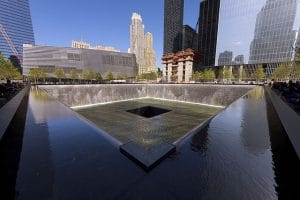 The 9/11 memorial is a sobering sight, honoring the 3,000 victims of the attack on the World Trade Center. The Memorial Plaza covers eight acres of land, with two reflecting pools with the victims’ names inscribed around the pools. The museum also features pictures, videos and eyewitness accounts of the attack. Though it’s a somber visit, the memorial reminds every American of a pivotal moment in the nation’s history. 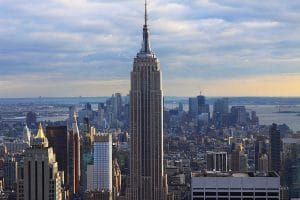 As one of New York’s tallest buildings, the Empire State Building offers an absolutely breathtaking view of the city, day or night. Visitors can ride to the 86th-floor observation deck, or, for a little extra money on a ticket, to the 102nd-floor observation deck. Either floor will provide stunning and unobstructed views of the massive city. The best times to visit the Empire State Building are early morning or during lunch or dinner hours, as these are the least busy. 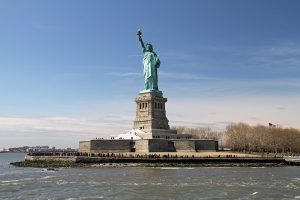 The Statue of Liberty is one of the most recognized landmarks in all of America, having welcomed tourists and immigrants for over 125 years. Visiting Liberty Island will bring you up close to the great monument, and by purchasing a pass to the Statue of Liberty, you can also take the ferry to the Ellis Island Immigration Museum that is nearby. Tickets to the pedestal and observation deck of the Statue of Liberty are limited to approximately 3,000 a day, so be sure to purchase your tickets ahead of time. 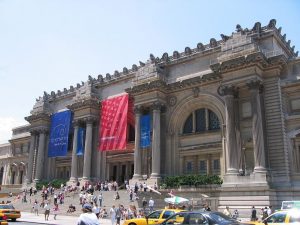 The Museum Mile on Fifth Avenue is one of the largest collections of culture in the world. Here, you can browse through multiple museums, like The Jewish Museum, The Metropolitan Museum of Art, or the Museum of the City of New York. There are other great museums to visit apart from those on the Museum Mile, too: the American Museum of Natural History, for example, is located across from Central Park, and the Museum of Modern Art is located in Midtown. Each museum is a great example of the cultural melting pot and diversity of New York City.

Other noteworthy destinations include Coney Island, Yankee Stadium, the Grand Central Terminal, the Brooklyn Bridge, Apollo Theater, Lenox Lounge and Irving Plaza. Whatever attractions you decide to see, your trip to New York City is sure to be one that you enjoy. With so many places to see, things to do, restaurants to try and stores to shop in, it’s hard to go wrong with a visit to the historic New York City. 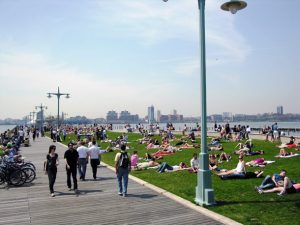