10 Things to Do in New York City & Three Things Not To A discussion of the things I enjoyed most when I visited New York City.

Like many people, I have read numerous lists of the must-see sights in New York City and after finally visiting the city earlier this year thought I should probably come up with a few of my own. The list is by no means exhaustive and several will doubtless already crop up on many people's itineraries. Simply put, this list represents the things I enjoyed most when I visited the Big Apple.

1.  See a Show – For me, this meant Broadway, but of course, there are many great off-Broadway, and off-off-Broadway shows to see. Our choices were Legally Blonde (for her) and A Bronx Tale (for me.) Even for people who ordinarily wouldn't countenance a visit to the theatre I would heartily recommend taking in a show when visiting the city. On Broadway, the production values are so high and the performances so accomplished that there is something for everyone to enjoy.

2. Go to a Comedy Club – This was something that I had been looking forward to and, looking back on my trip, I would say was one of the highlights. I visited The Comedy Cellar in Greenwich Village. The comics were uniformly excellent and the atmosphere was great. The only thing missing from my mental image of this sort of club, garnered from years of television and movie watching, was a smoky haze lingering over the low-lit tables, but I can't say I was overly disappointed about that. One thing worth mentioning is that any shy and retiring types who are thinking about visiting should opt for a table at the back, or risk becoming part of the show as I did!

3. Go Really Really High! – That is, visit either the Empire State Building (ESB) or the Top of the Rock (TOTR) at the Rockefeller centre. I went up both buildings and wouldn't like to say which I preferred. I can certainly see why many people have expressed a preference for TOTR, given the overall more visitor friendly experience that it offers, from the interesting documentaries showing as you make your way to the top, to the Perspex barriers that offer unobstructed views of the city, as opposed to the wrought iron barriers at the ESB. Of course, you also get to view the bigger building from afar which is also a thrill, and the views of Central Park are breathtaking. However, the ESB is taller and that will be enough for many people. Whichever you choose to visit though it really is a thrill being so high, especially if you hail, as I do, from somewhere where the tallest buildings are no more than a few hundred feet in height. Ideally, if your budget allows, I would recommend visiting one in daylight and one at night time, to get the best of both worlds.

4. Take a Walk in the Park – Central Park is a gorgeous leafy idyll in the middle of the concrete jungle that is Manhattan, and as such, is something you should explore as fully as possible. I saw too little of it really, and should I go back to New York, as I sincerely hope to, I shall try and see more. You can take a romantic (if short and expensive) horse and carriage ride in the park if you so wish, ice-skate (in winter), or simply take a walk and enjoy the views. The snow that fell whilst I was there, made for some truly memorable views of the park, and it was really all quite magical, seeing a landscape you have seen on celluloid dozens of times blanketed in a pure, white veneer of snow. (Though we did get rather cold after a while!) So if possible, go when it snows!

5. Walk the Bridge – A lot of the things that I did in NYC cost a pretty penny, despite often being well worth it, but they say the best things in life are free, and walking the Brooklyn bridge, like the park, is a must-do, and best of all won't cost you a thing. The views looking back towards Manhattan island are breathtaking and make for some great photographs, especially if you do it on a cloudless day as we did. I only wish we had skipped breakfast though, so as to grab a pizza at Grimaldi's across the water. Reports from a couple of close friends suggest this alone is worth the walk.

6. Grand Central Terminal – A handsome building from the outside, with nothing short of a breathtaking interior. The main concourse, with it's 150ft high vaulted ceiling, is decorated with a representation of the stars of the night sky. For me, always associated as being the scene of the frantic dénouement of Carlito's Way, and doubtless featured in dozens of other films, this cavernous room is awe-inspiring. See if you can spot the one darkened patch in the ceiling left after the restoration to remind the public how dirty it once was. Also, visit the “whispering wall” where you can stand in opposite corners and hold a conversation in no more than a whisper thanks to an acoustic anomaly with the buildings vaulted walls. Aside from the concourse there are numerous shops and restaurants to visit, including the famous Oyster bar which I wanted to check out but again, my appetite failed me. Oh, I almost forgot, Grand Central is also a functioning train station!

7. Visit Lady Liberty and follow in the footsteps of millions of immigrants – Although an obvious choice, I thoroughly enjoyed taking the ferry out to Liberty Island to see “Liberty Enlightening the World.” It's very interesting to see something in the flesh, so to speak, that you have seen a million times in books and on television etc. The museum is well thought out and the views from the pedestal great, though it's a shame you can no longer access the statue itself. The immigration centre at Ellis Island is thought-provoking and has some very interesting exhibits, notably actual belongings that early immigrants brought with them on their long journey to their new lives. Through the museum, you get a real sense of what it would have been like to be an immigrant coming to New York, one hundred years ago. I particularly admire the way the main registry room, on the second floor has been left bare, leaving you to imagine the hustle and bustle that would surely have taken place there all those years ago. We took the first ferry of the day and would advise anyone else to do the same, to avoid the longest queues. If you are on a tight budget and are giving the islands a miss, I would definitely recommend the Staten Island ferry which is free and offers comparable views of Manhattan. Plus, you get to tick another of the five boroughs off your list!

8. Times Square Baby! – Now, here's an attraction that a lot of people tend to get a little sniffy about but which your average tourist will love. I grant you that you will not want to spend too much time here and those who live in the city or have visited many times before may avoid it altogether. However, if you have seen the neon 100ft signs of Times Square immortalised on celluloid your entire life then it is somewhere you will definitely want to see. It certainly is not a disappointment as regards the size and buzz of the place; it really is as vibrant as it seems on screen, and for the first few hours many will be as bewildered as I was. The fact is you simply cannot stop looking up and around you. Yes, it's a tourist trap, and the shops, bars and restaurants are so themed but hey, what a tourist trap?! When you have grown up with the ubiquitous image of Times Square as New York then you have to allow yourself a little time to indulge in some crass commercialism; buy the I love NY tees, grab some Hershey bars, go nuts for M&Ms (ha-ha.) Don't however, eat at the Hard Rock Café or Appleby's, you can do better than this.

9. Eat, drink and be merry – One of the things I was most looking forward to about New York was the wealth of dining options. I made some reservations before I arrived and had some terrific meals, most notably at The Red Cat and Maze by Gordon Ramsay at the London. It wasn't just fine dining however that I relished but just the whole New York vibe, again, dare I say, influenced by movies, of being able to decide at any time of the day to have, say, Polish food and being able to find it. I ate eggs over easy with home fries in a diner, then hotdogs from street vendors and huge porterhouse steaks from upmarket steakhouses. And I loved it. It was everything I had imagined and more. Little things like having a beer in a small bar like Jimmy's Corner and then midnight club sandwiches in a diner made me really very happy. Call me easy to please but these were the things that I envisaged doing when I visited NYC and I was happy that it was as I imagined.

10. Shop till you Drop! – When asked whether I was going to do a lot of shopping in New York, I tended to answer in the negative, reasoning that I could shop anywhere and that I had more important things to see and do than walk round shops all day. Then I got there. Boy, can you shop in the Big Apple. To come from the UK, where prices for most consumer items are considerably more, we would have been crazy not to splash out; especially given the great exchange rate us Brits are receiving currently against the dollar. We bought mainly clothes and gifts for friends and family, as well as tourist tat like the aforementioned I Heart NY t-shirts and a huge Hershey's mug that I couldn't resist despite not liking the peanut butter filled chocolate cups that it was filled with. In short, NYC is a shopper's dream, from the boutiques of Greenwich Village to the world's largest department store (Macy's).
Phew! So that's my list of my favourite things to do in New York. All Manhattan I'm afraid, but I will be sure to get into the other boroughs on my return. But wait there's more; a couple of things that I was disappointed with and would thus not recommend to other people:

New York Cheesecake – Sure to be a controversial choice and it may be a cultural thing but, hailing from England, I say, “Sponge base on cheesecake?!!” Not for me I'm afraid
Chinatown – I wanted: a vibrant local ethnic community with great restaurants and Chinese food stores. I got: street hawkers selling every counterfeit item under the sun.
The Museum of Natural History – We had time for one museum and my other half enjoys natural history museums. How I wish we had gone to the Met. Uninspiring and, frankly, dull.

10 Things to Do in New York City 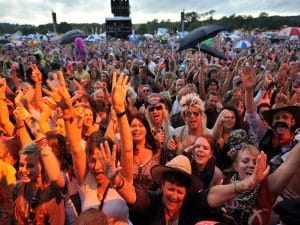