I have no idea how many tims I have visited Aoteoroa, or New Zealand, as she is known in English. This South Sea Escape is incomplete without telling of this glorious Polynesian and European place. New Zealand is in the South West Pacific, at latitude 40 degrees South, and is breathtaking in both scope and beauty. This travelogue is just too short to extol New Zealand fully. 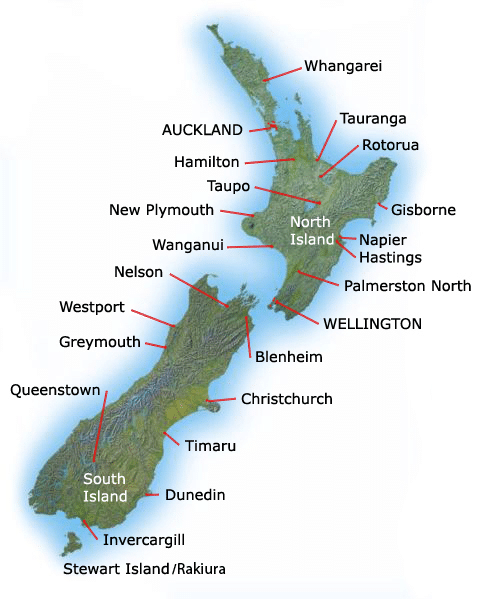 he Big Fish and The Green Stone

Maori Legend tells of the archipelago of Aoteoroa being a giant fish and a giant green stone. “The Fish,” is the North Island of New Zealand; the South Island being, “The Green Stone.” This mythic fish and stone straddle the Southern and Pacific Oceans – with lofty peaks and happy locals. She is also the world’s youngest nation. And it shows! Her people hold a fresh, young and creative attitude to life found nowhere else. 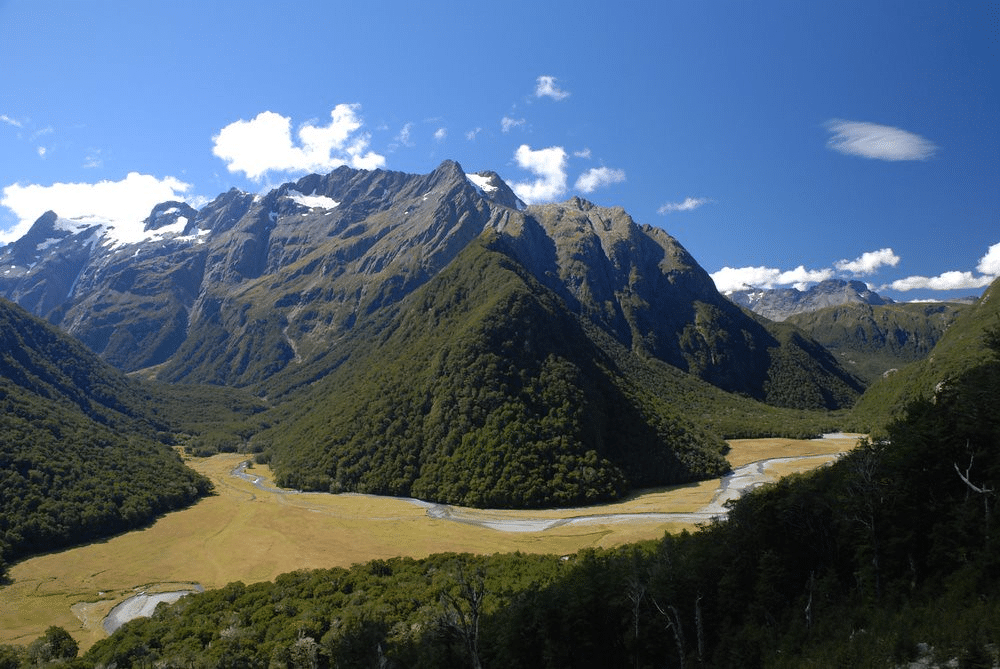 Some winning facts about New Zealand:

1. New Zealand has just four million, who go about their daily lives, in complete comfort and safety. Doors remain unlocked and windows unbarred.

2. The cuisine is unrivalled for its’ freshness, locality and imagination. No vegetable is more than fifty kilometers from the farm and fresh seafood, fine beef and delicious wineries abounds.

3. New Zealand is one of the world’s greenest economies – as they hold no oil they derive their national energy needs from geothermal, solar and natural gas energy sources. 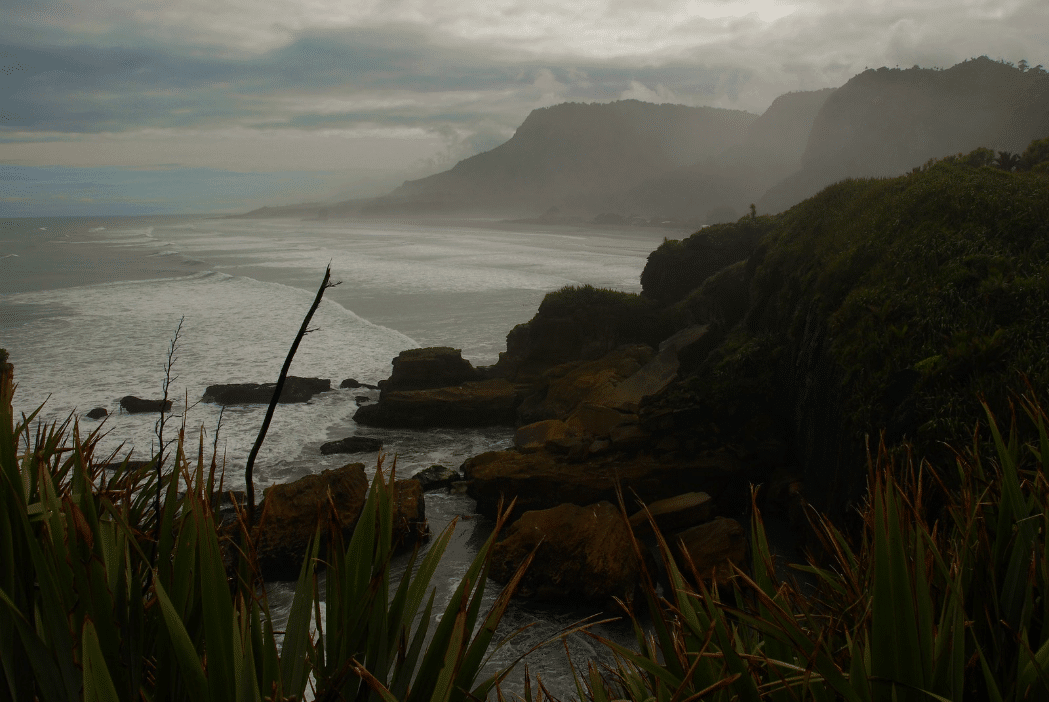 Not only will you feel safe and sound in New Zealand you find a place where the streets are orderly, the boulevards clean and everything feels positively prosperous. It’s amazing how New Zealanders make frugal use of what they have, investing the lot in roads, schools, hospitals and gardens. In fact, New Zealand was recently voted as one of the world’s most peaceful nations.

That’s just the start. Once you leave Auckland – the nation’s metropolis – or Wellington – her capital city – vistas of nature throw themselves at you like Christmas gifts. All is visually pleasing in this green, sweeping place

The North Island of New Zealand is where most live – with the two biggest cities, Auckland and Wellington – only a day’s drive apart. Northland, where I often go is the home of the spectacular Bay of Islands. This also is where the nation was born, one hundred and fifty years ago.

We camped even further North – at Tapotupotu Bay, near Cape Reinga – right on the northernmost point of the North Island. There was no-one around except the soft lap of the sea against sensual sand and the cry of the rare Kiwi bird (The national bird) calling to us from the distinct pohutakawa bushes at dusk. What bliss.

I’ve never been to the South Island, but the place rivals Switzerland for adventures, open skies and towering peaks. 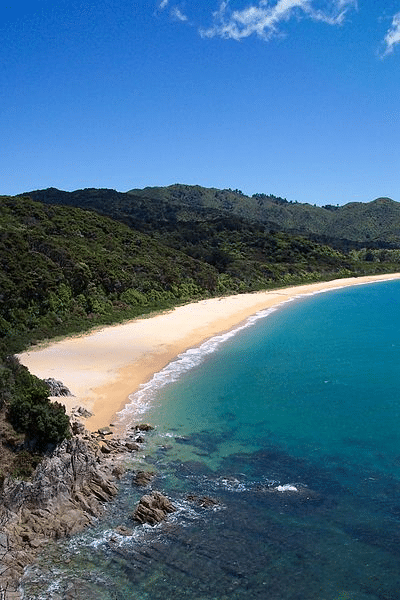 I would love to go on about specific places that caught my imagination, or that need recommending, for the intrepid. All I can say is that all of Aoteoroa (New Zealand) is just stunning, majestic, amazing and enjoyable. The only thing missing is you.

Place names can be fascinating. A brief explanation as to why Aotearoa, New Zealand, with indigenous Maori people, became a British colony with a Dutch name.

Kupe, a great chief of Hawaiki and navigator, supposedly arrived in New Zealand after a long canoe journey in 925 AD. As he approached the southern lands of New Zealand, after a long sea journey, he saw the Southern Alps covered in cloud, and thus called it Aotearoa, The Land of the Long White Cloud. This Maori name became reinforced with the arrival of the first Maori canoes to reach New Zealand and has become the accepted Maori name for the country.

It was to be many years before European adventurers came upon these islands tucked away in the South Pacific Ocean. The first documented European discovery was that of the Dutch seafarer and explorer, Abel Tasman in 1642. He named his new discovery Neu Zeeland, after the Dutch province of Zeeland. He was also responsible for the first partial mapping of the coastline of the country. 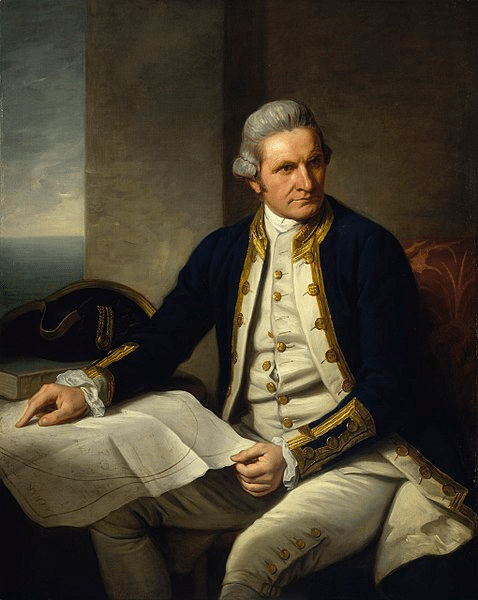 In 1769, the British navigator and explorer, Capt James Cook, sighted land that was New Zealand from his ship the Endeavour. He made two further journeys to the country and is credited with being the first European to have circumnavigated the country and producing it’s first map. On 31 January 1770, he sailed from his camp at Ship Cove in what is now known as Queen Charlotte Sound, and climbed to to the top of nearby Motuara Island, proclaiming all that he could see in the name of British King George 111.

It was not until 1840, when the Treaty of Waitangi was signed on 6 February by Maori chiefs and representatives of British Queen Victoria, that New Zealand became a British colony.

New Zealand in the year 2010 is a country rich in the Maori culture, its indigenous people, but also populated by people from many cultures around the world. it has an anglicized Dutch name, and is a member of the British Commonwealth.

Many New Zealand place names are either those given by original Maori inhabitants, or carry the names of the explorers Abel Tasman and Capt James Cook. Most New Zealanders just simply call themselves Kiwis, after our endangered wingless native bird.