You've heard of the saying, “sing for your supper,” but a quick look back at history shows that many people painted for it. Famous artists paid their tabs with prints that later became much more valuable than the price of a meal. La Colombe d'Or restaurant in Provence, France still proudly displays evidence of that with original work by Pablo Picasso and Henri Matisse.

While La Colombe's history is undoubtedly impressive, other dining rooms have inherited incredible collections of art from their owners. L'Escargot in London features a range of fine art from Modernist Marc Chagall to Erté bronzes to a Swarovski crystal-encrusted skull by an Italian pop artist from owner and restauranteur Jimmy Lahoud. It should come as no surprise that avant-garde designer Pierre Cardinhas an impressive personal art collection, which he displays at Maxim's in Paris.

You don't have to travel to Europe to dine alongside beautiful works. Tru in Chicago features Andy Warhol's famous Marilyn and displays its vast collection of modern fare in a gallery-like setting. Both Casa Lever and the Four Seasons restaurants in NYC are known for their artistic consideration. But true art is not without controversy. Critics are suing the Four Seasons' restaurant to stop a plan to move a famous Picasso from its original location to make way for repairs. And Mark Rothko famously denied a commissioned piece for the space citing the exclusively wealthy clientele.

Tramshed, London – Diners can peer at a specially commissioned Damien Hirst piece featuring an iconic cow in formaldehyde alongside a cockerel to honor the Cock ‘n’ Bull gallery below the restaurant. 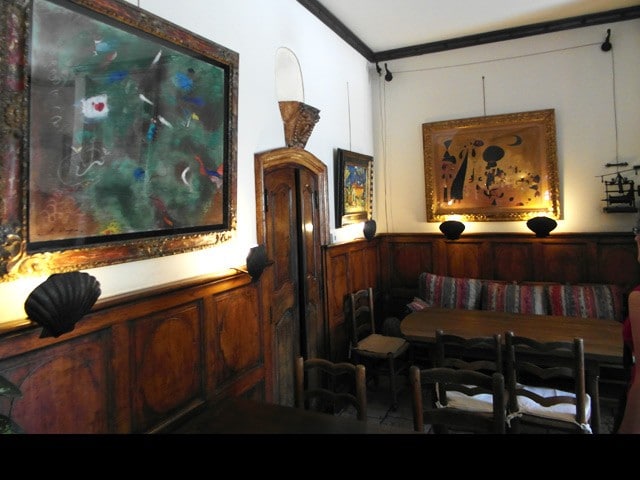 Colombe d’Or, Provence, France – Picasso and Matisse offered original work in lieu of a bill at this restaurant-turned-museum. 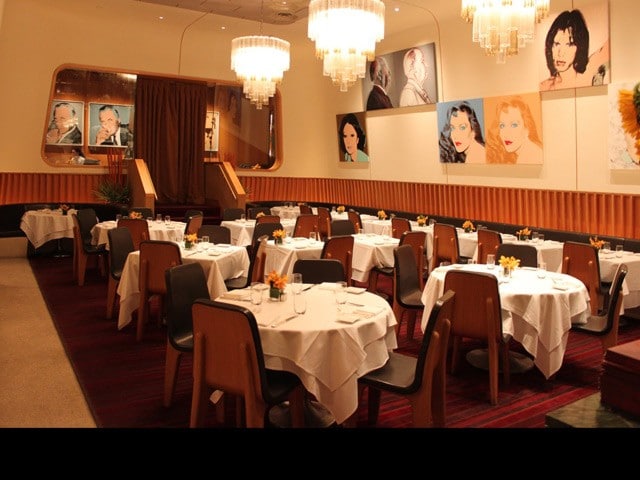 Casa Lever, NYC — Andy Warhol portraits line the walls of this hotspot that has served the likes of Alfred Hitchcock and Giorgio Armani.
Maxim’s, Paris – Avant-garde designer, Pierre Cardin, has decorated his restaurant with Nouveau pieces from his personal collection. 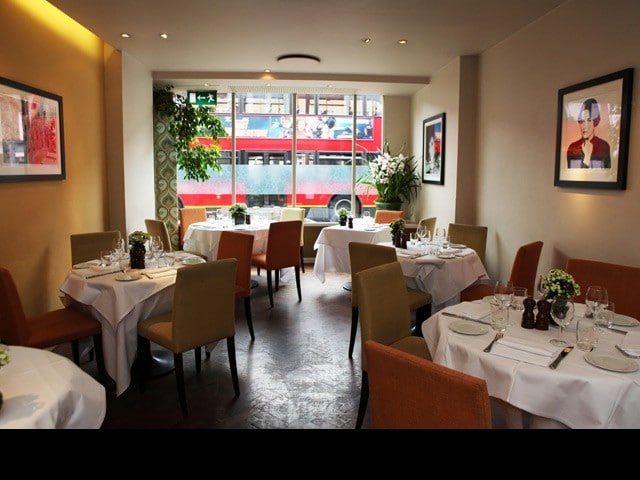 Lucio’s, Sydney – Prominent Australian artists are featured within about 500 pieces, including sketches on paper and napkins. 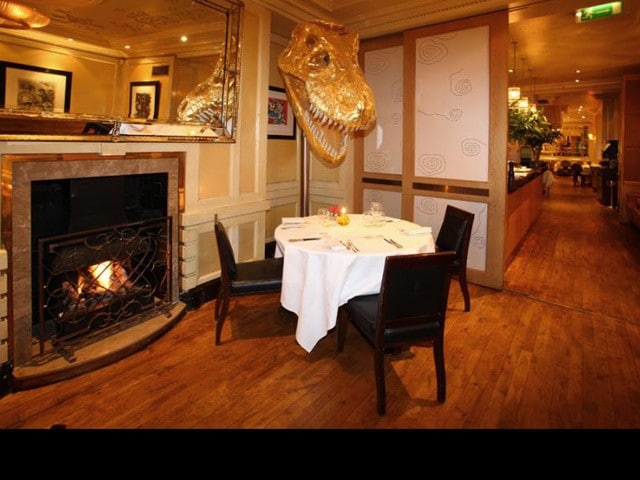 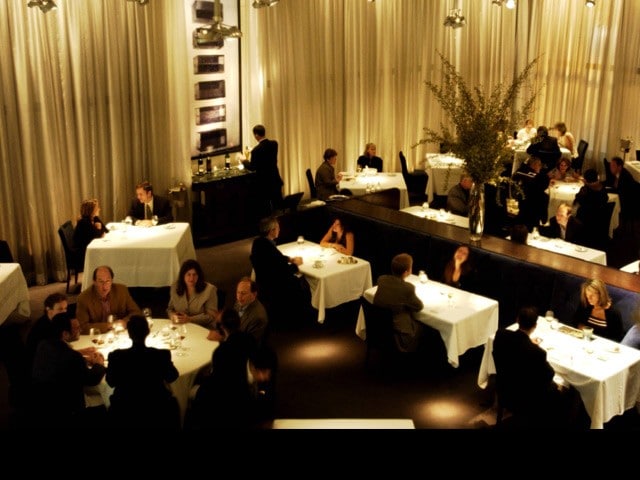 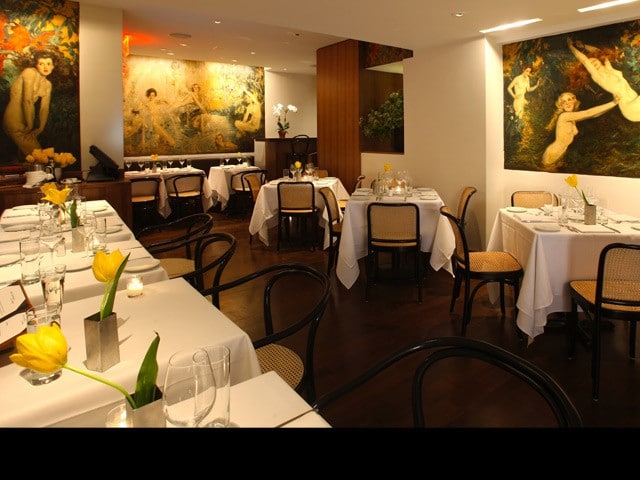 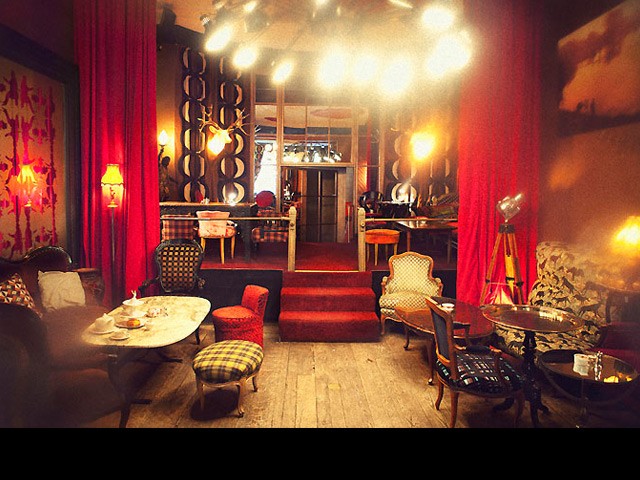 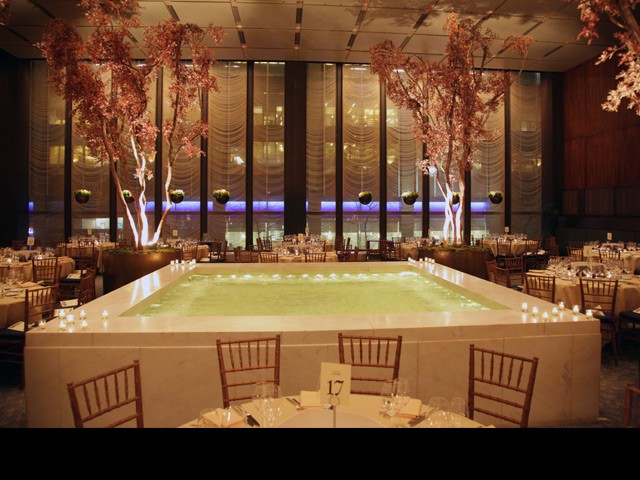 Four Seasons restaurant, NYC – The community is embroiled in a lawsuit with the iconic hotel restaurant over moving its permanent Picasso painting.