Hickory Run State Park is a Pennsylvania park that would make Fred Flintstone proud. The 17 acre Boulder Field contained in the park is a site to see and a National Natural Landmark.

Hickory Run State park is located in northeastern Pennsylvania in the western foothills of the Pocono Mountains in Carbon County. The park is almost 16,000 acres (15,990) large, features over 43 miles of trails, offers hunting, fishing, camping, swimming in Sand Spring Lake, a nice waterfall, ice skating, cross country skiing and snowmobiling in the winter but most people come to Hickory Run State Park to see the incredible Boulder Field. 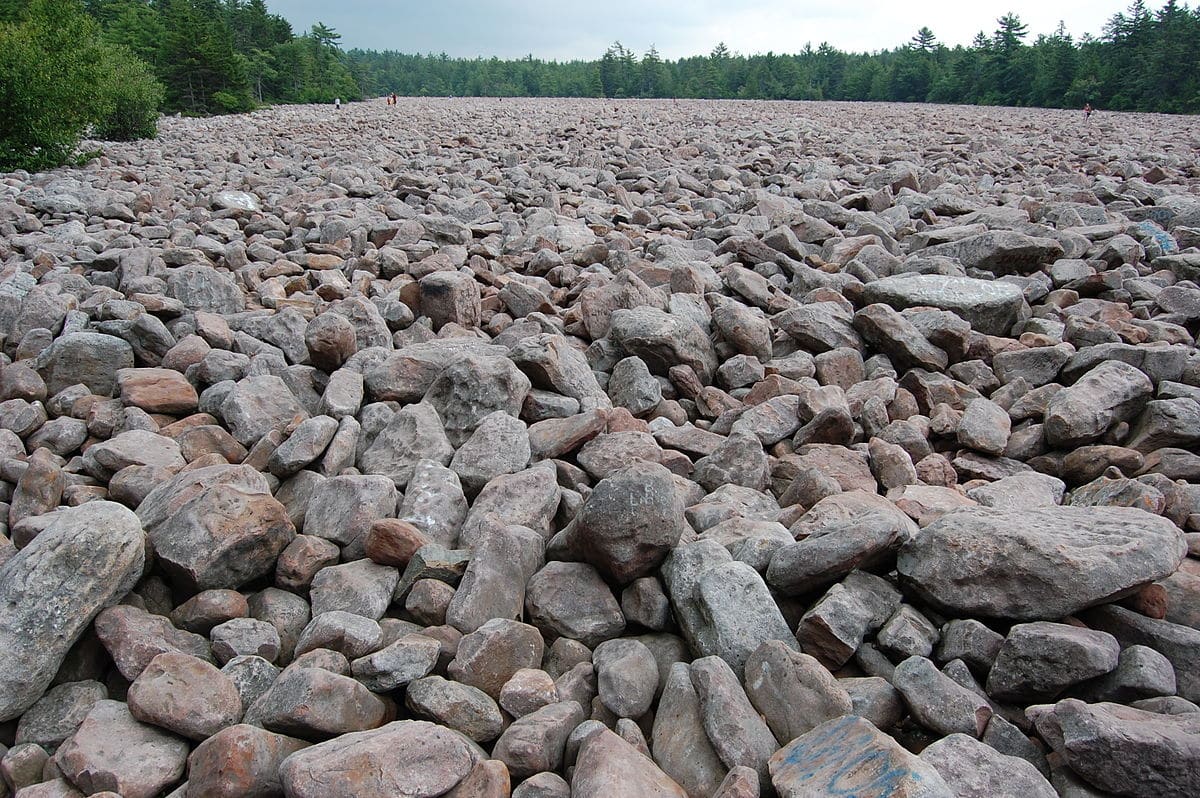 Image via Wikipedia (Notice the people in background)

Located in the northeast corner of the park is a huge Boulder Field that encompasses almost 17 acres of nothing but boulders. The Boulder Field is over 20,000 years old and has changed very little since then. There's almost nothing growing in the Boulder Field, very few plants or trees just boulders on top of boulders for over 700,000 square feet (400 feet by 1,800 feet). 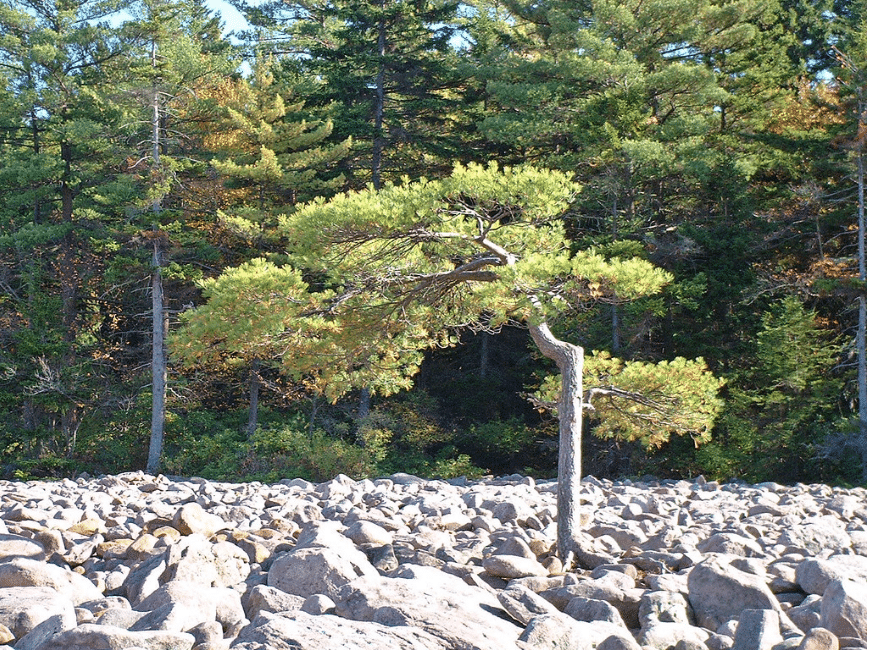 The boulders consist of red sandstone and conglomerates and the largest boulders in the field are some 26 feet in length. The weight of the boulders has compressed the underlying soil some 12 feet down over time. Water flows under the boulders that becomes a tributary to Hickory Run Creek. 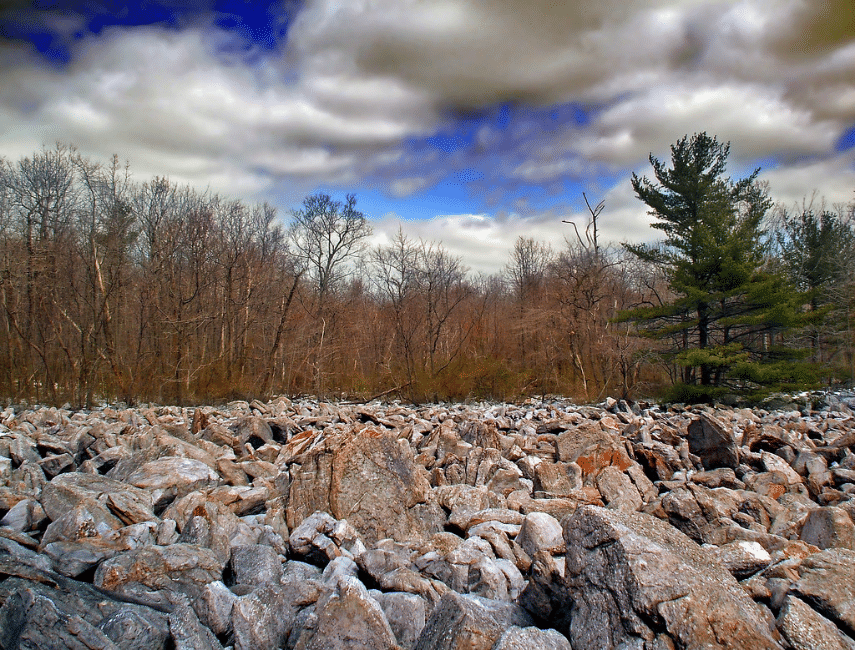 It is believed that the Boulder Field was created some 20,000 years ago when large amounts of water from melting glaciers carried the large boulders down from the mountains and ridges and into the valley where they now reside. The boulders were created when water seeped into fractures of outcroppings in the mountains and ridges and then froze causing the outcroppings to break apart in large blocks. One can imagine the incredible forces of nature that were at work at that time to create the amazing Boulder Field.

This unique geological landscape was named a National Natural Landmark in 1967.

Also located in the park is a nice waterfall named Hawk Falls,

some great views of surrounding landscape, 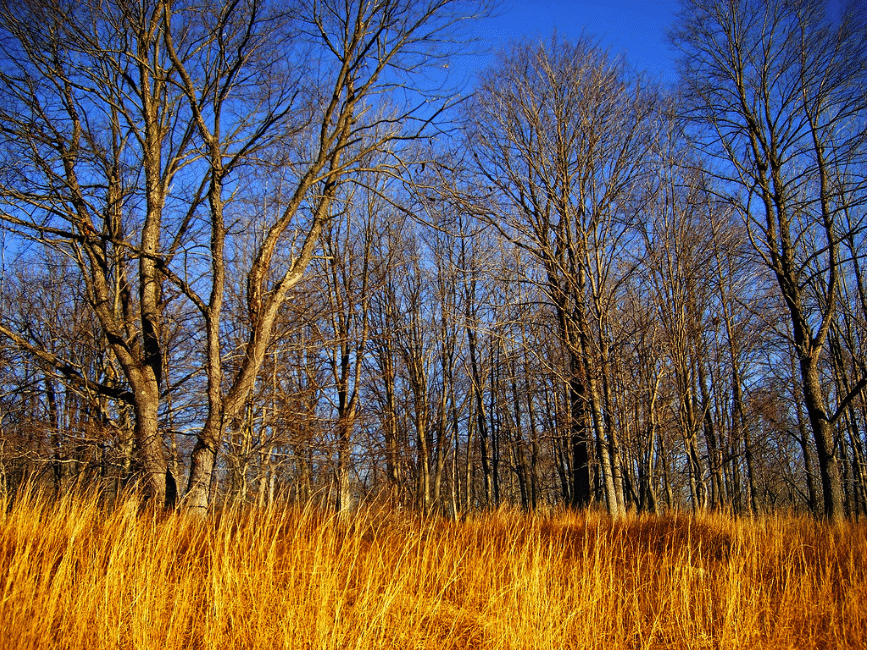 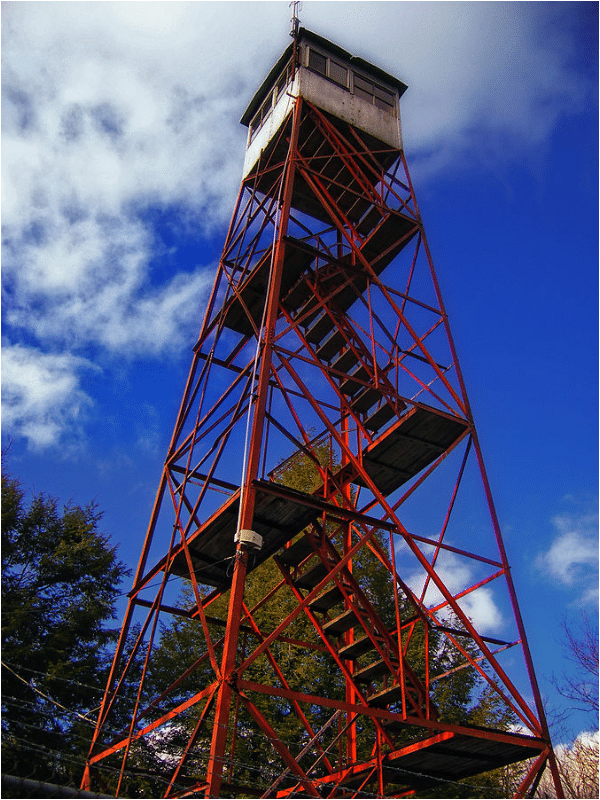 This beautiful state park contains a number of scenic waterfalls and some you can ride down with or without a raft. 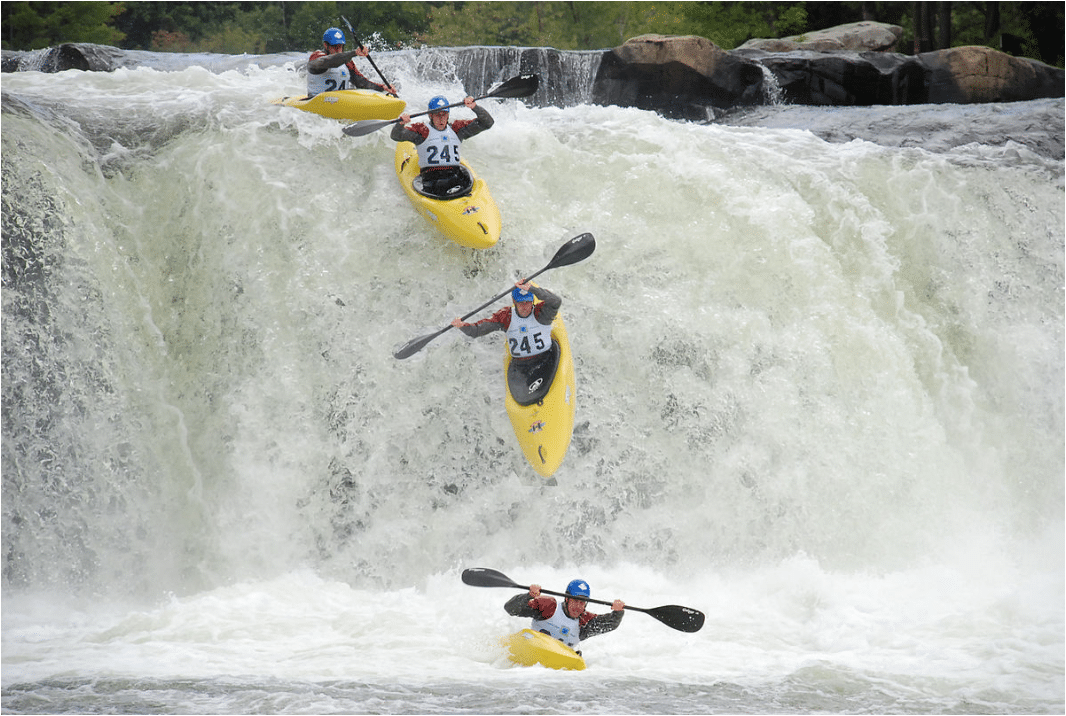 The area is well known for whitewater rafting and kayaking and such activity is allowed in Ohiopyle State Park. 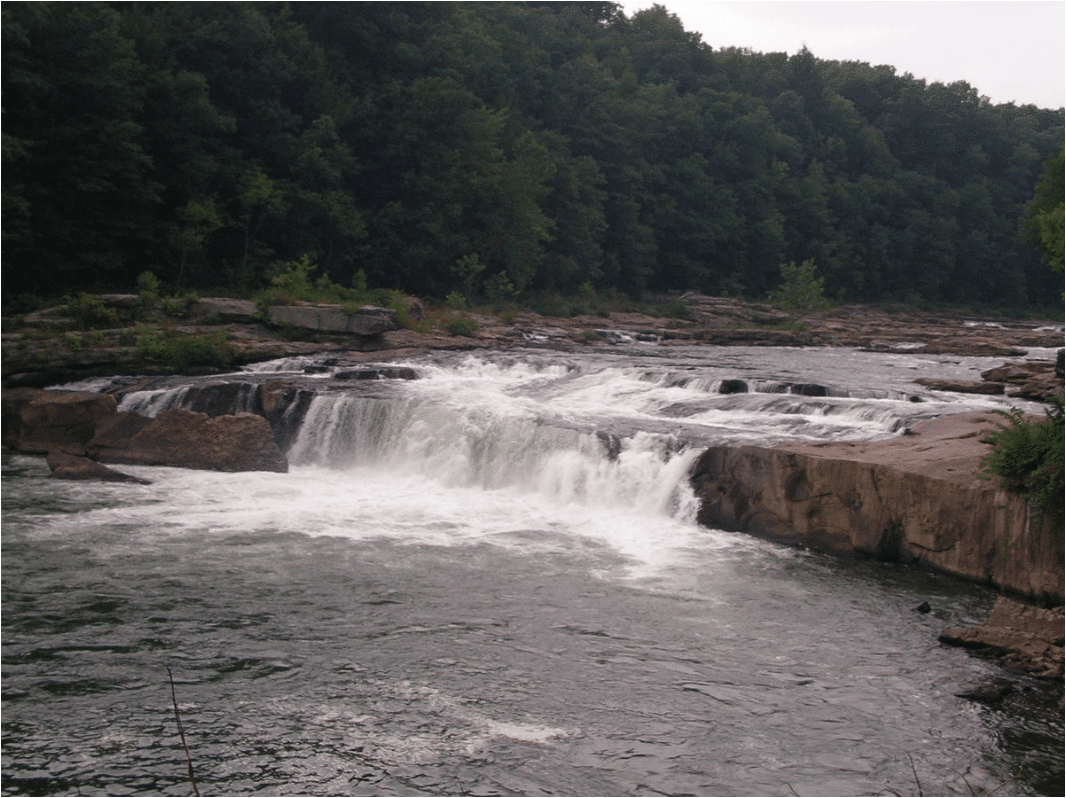 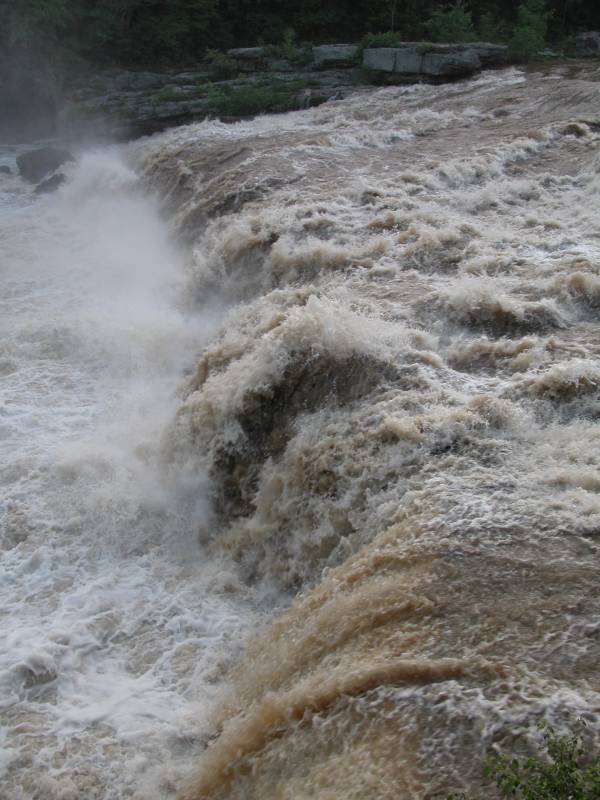 Ohiopyle Falls is not a tall waterfall at just 20 feet but it is expansive and is the centerpiece of the park. Viewing platforms allow visitors great views of the falls. 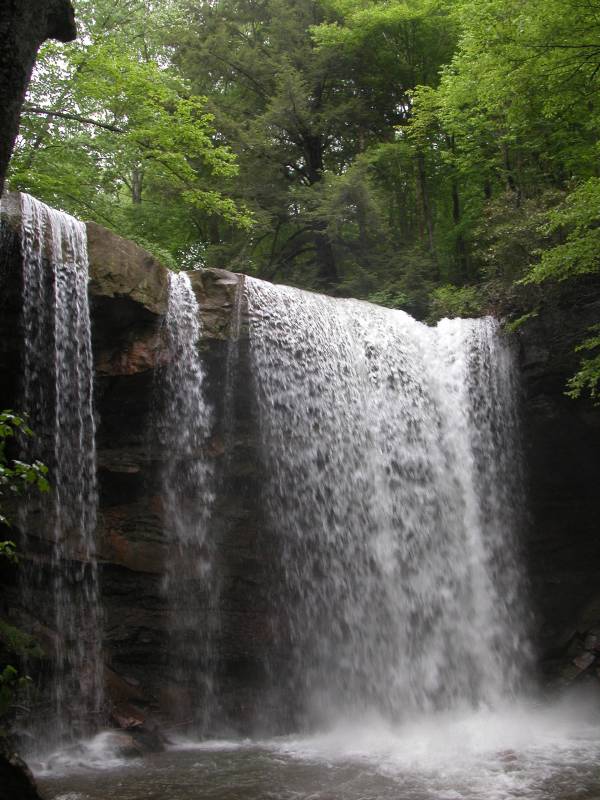 Cucumber Falls is a 30 foot high bridal veil waterfall that is formed as Cucumber Run Creek falls into the gorge carved out by the Youghiogheny River. 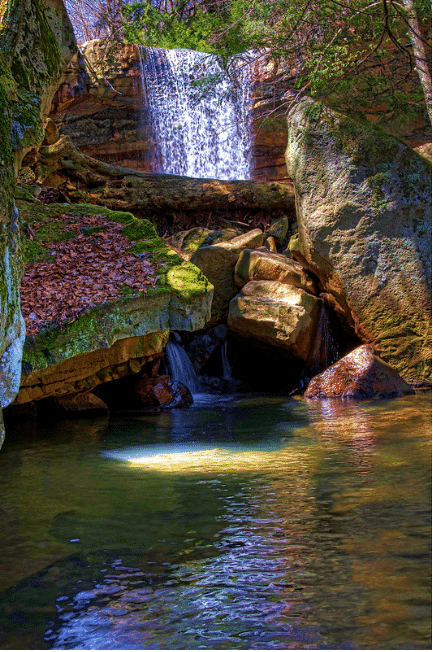 Cucumber Falls can be reached by taking the Meadow Run Trail and also accessed via a parking lot along state road 2019. There is an overlook at the top of the falls and a stairway that takes visitors to the base of the falls. 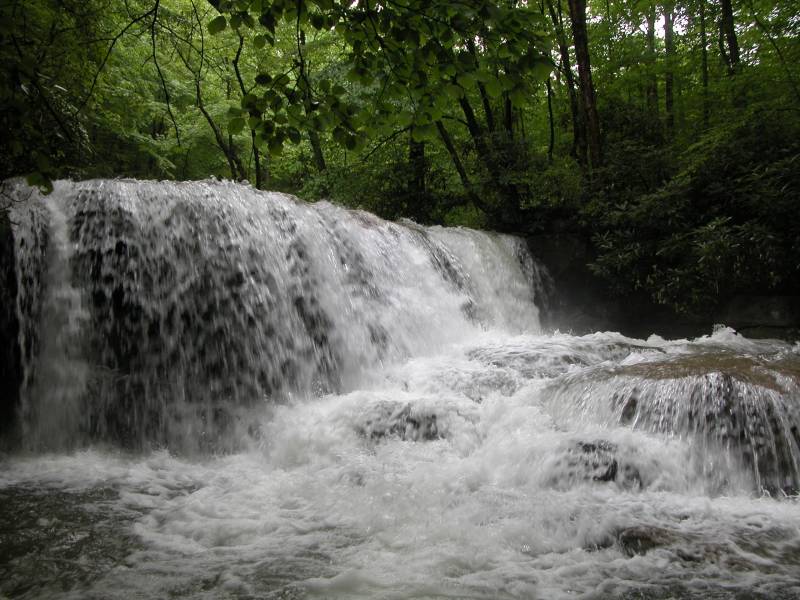 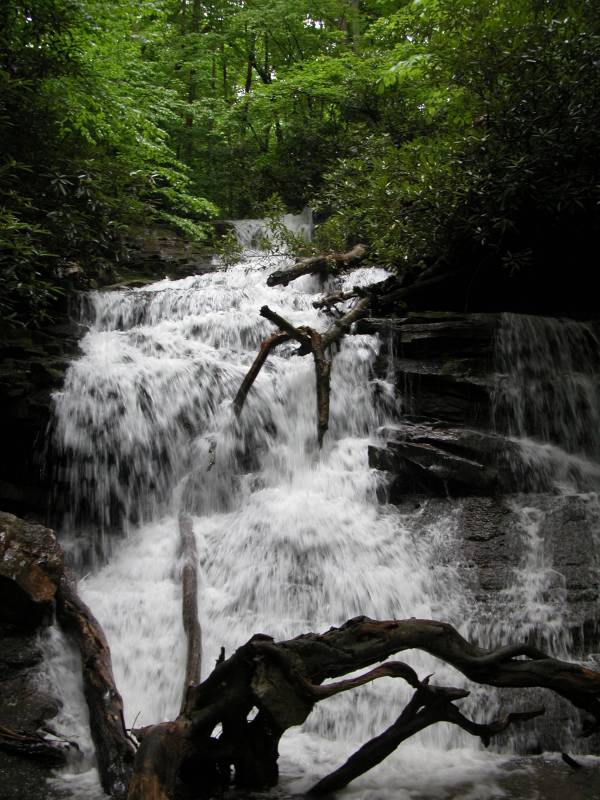 The views from this Pennsylvania State Park are magnificent and flying around the mountains are plenty of eagles, hawks, hang gliders and para-gliders.

Hyner View State Park is located in Pennsylvania along PA 120 and features a terrific overlook that is easily accessed by car. 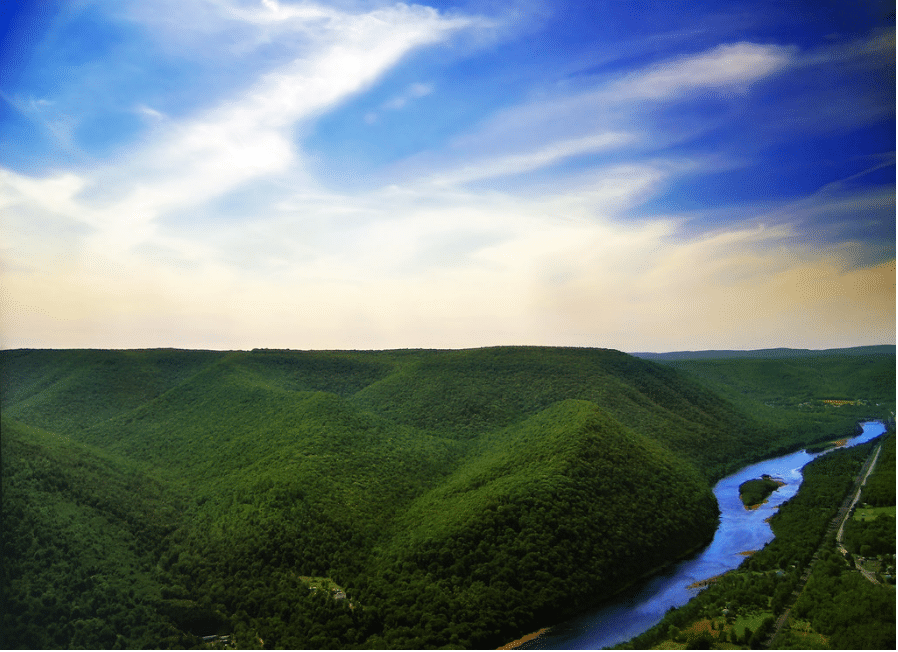 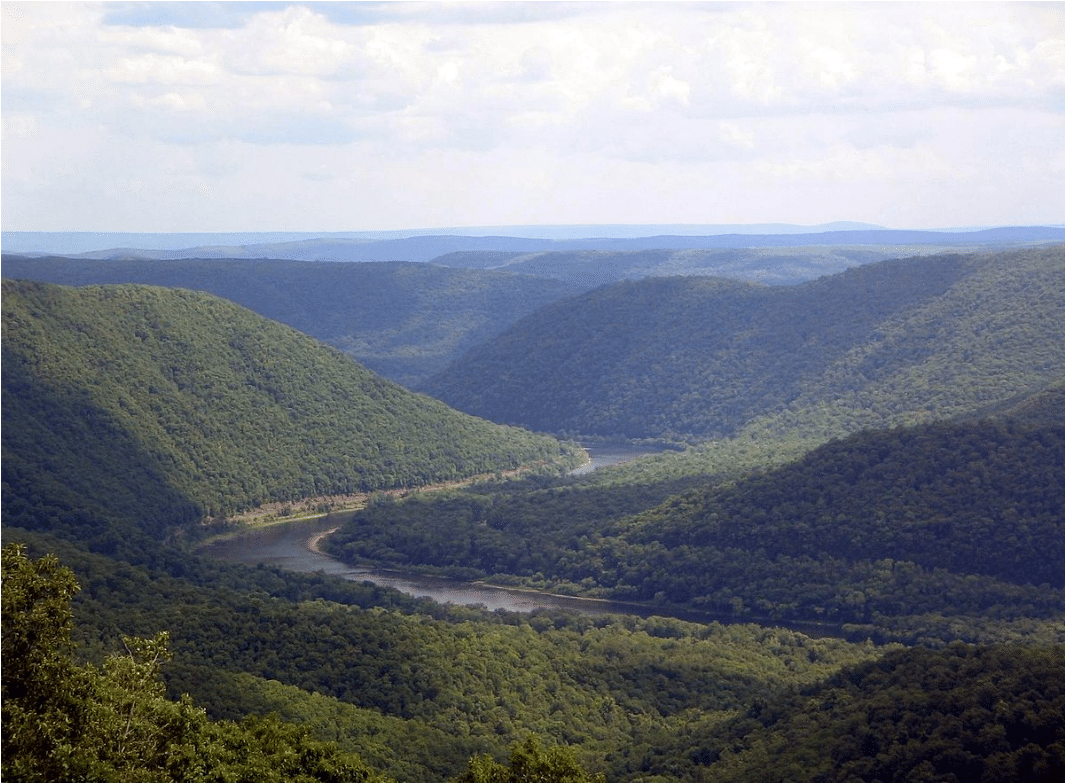 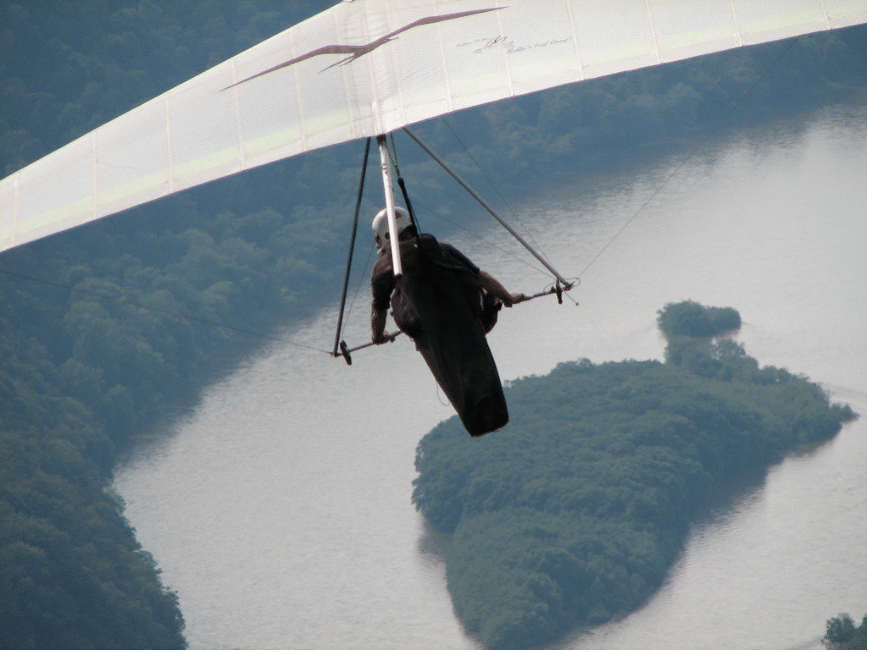 The views from Hyner are great and the lookout area is bordered by a stone wall built by the Civilian Conservation Corps in the 1930's during the Great Depression. The park is a favorite launching place for hang gliders and paragliders and the odds are good during the summer on nice days if you visit here you will see people gliding around the area. The gliders launch themselves right from the scenic vista and soar over the mountains and river. 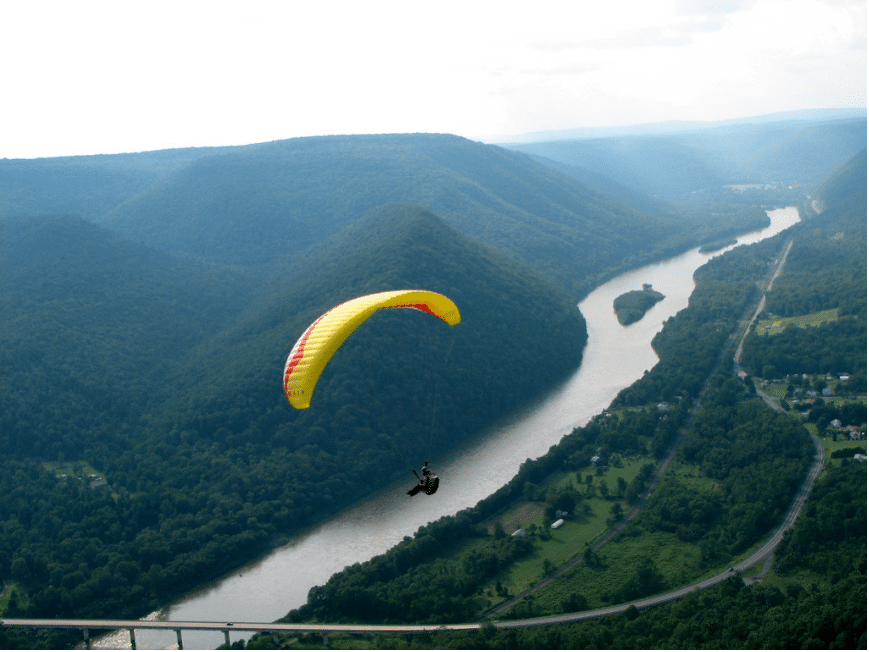 Hyner View State Park used to be where the local Flaming Fall Foliage Festival was held but the park is only 6 acres large and the festival had to be moved to the nearby town of Renovo as it grew in popularity. 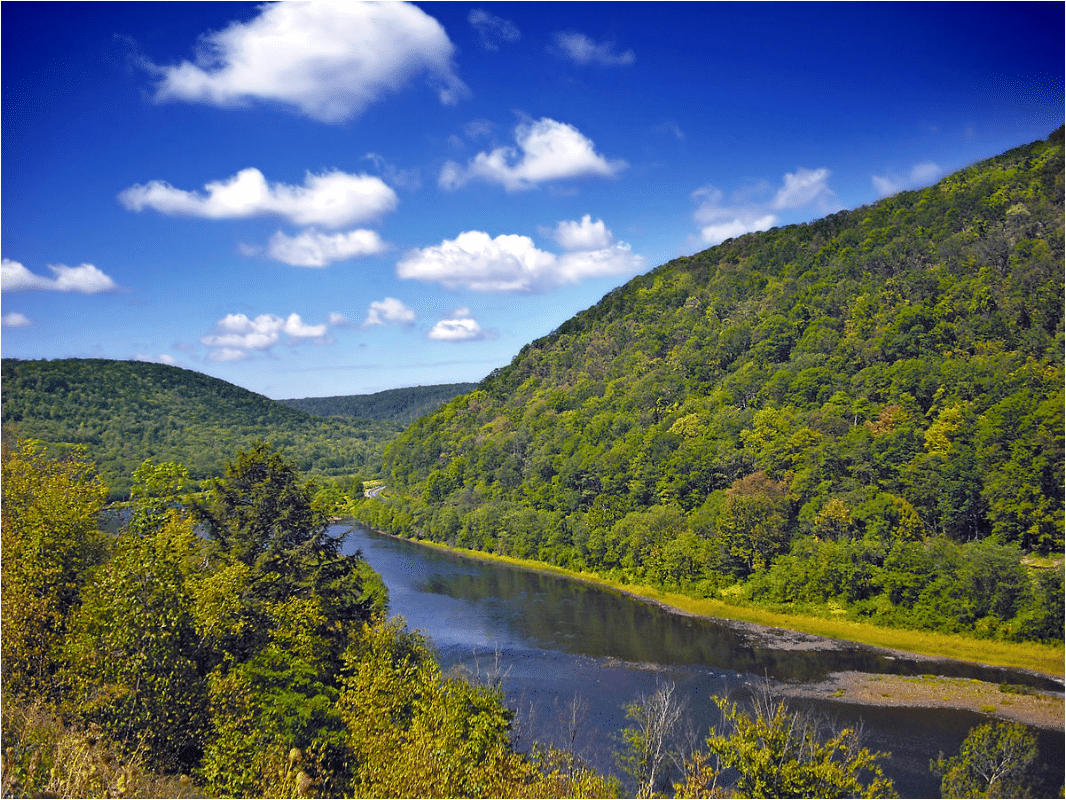 The park is also home to the Forest Fire Wardens Monument which honors Pennsylvania's forest fire wardens for their service to the state. 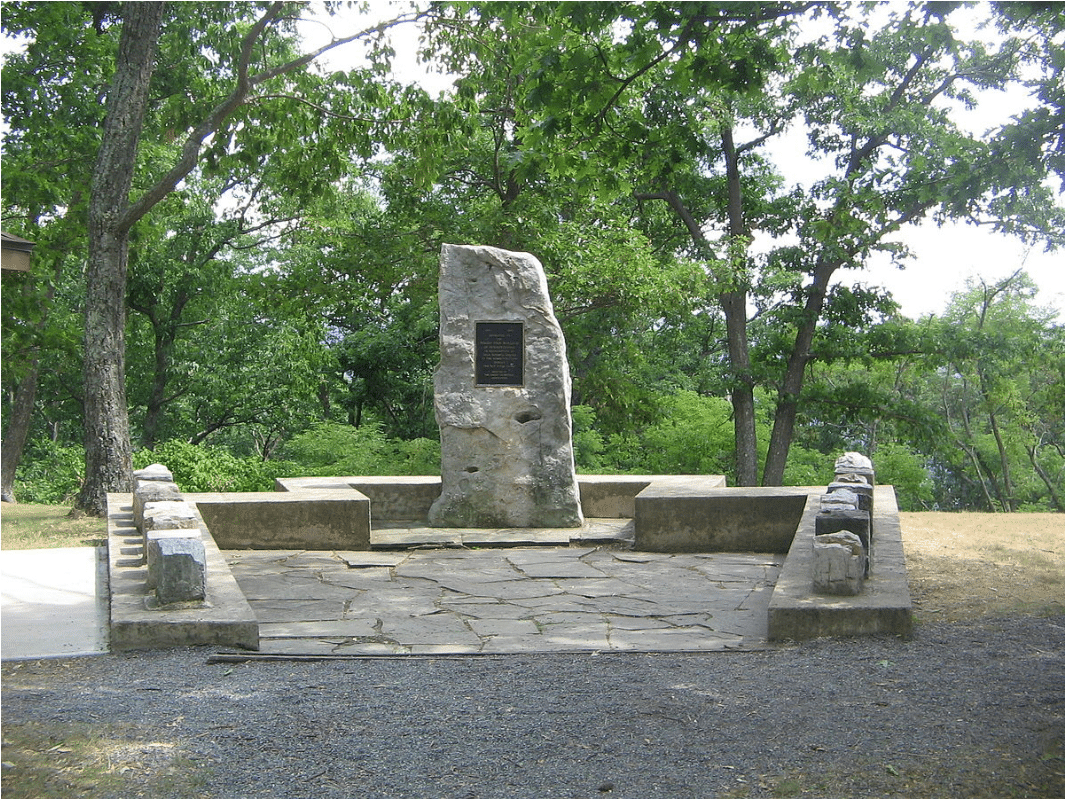 Hyner View State Park can be accessed off Interstate Route 80 by taking US 220 to PA 120 in Lock Haven.

It's well worth the trip for anybody traveling along I-80 who has the time, as is the 75 mile drive along PA 120 that is Bucktail Run State Park.