Back in the day, practically every main street in America had its own little piece of Hollywood. Before television, the internet, and smart phones, glamorous single screen movie theatres were a dime a dozen. Now few and far between, these vestiges of the past are something of a novelty. You can’t help feel a bit nostalgic for cinema’s golden era when you step up to a cute little ticket booth surrounded by extravagant architecture and the glare of neon lights.

In the 1910s and 20s “movie palaces went hand in hand with the over-the-top fantasies and adventures the studios were producing,” says Katherine Petrin, VP of the San Francisco Neighborhood Theatre Foundation and contributing author to Left in the Dark: Portraits of San Francisco Movie Theatres. “From small towns to the biggest cities it was common to find extremely expressive, ornate theatres. The studios built them and it was in their interest to have audiences from coast to coast,” she adds. 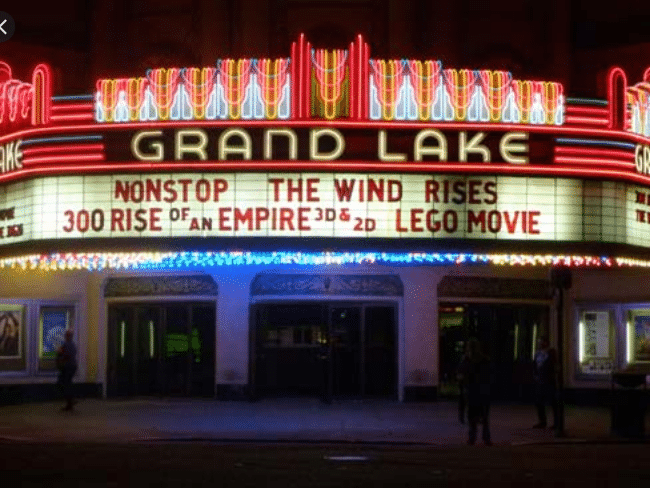 Even though they were part of nationwide building campaigns, neighborhood theatres really felt like local businesses. That’s probably because these iconic landmarks became practically synonymous with their neighborhoods—often bearing the same names. Where I grew up in the Grand Lake area, the Grand Lake Theatre’s exuberant display of neon always seemed like the neighborhood’s welcome sign. Other theatre designs made charming references to their neighborhood’s unique identity. The Alameda’s stylized art deco sea creatures and wave details speak to its island setting.

So where have all the neighborhood theatres gone?  Today’s characterless multiplexes aren’t nearly as cool, but they sure have stolen the limelight. According to Petrin, “most people date the decline of movie theatres to the postwar era. You had television, suburban migration, car culture, and multiplexes.  There were also changes in the film distribution system that forced studios to divest of their ownership in movie theatres.” Now distributors decide the what, when, and where of box offices, and those with multiple screens have the most clout. 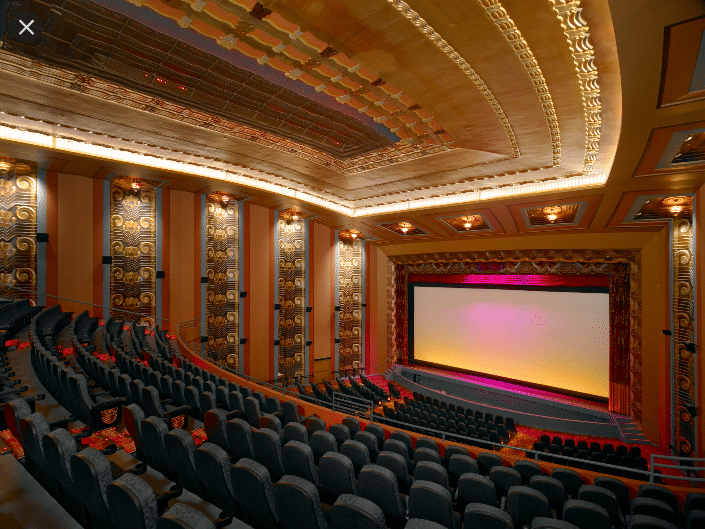 inside the Alameda Theatre

Like actors trying to reinvent themselves, the surviving neighborhood theatres have undergone various forms of plastic surgery. Theatres like the Piedmont and the Elmwood subdivided upper floors to fit additional screens inside their dainty buildings. Then there are more visible transformations, like the Alameda, which was restored and reopened as a theatre with an adjoining multiplex next door. Star status goes to the original box office, opulent lobby, and gilded auditorium, while the younger understudy does most of the work.

Programming for niche audiences and playing up connections to the community have also helped theatres survive. With its proximity to UC Berkeley, the Elmwood’s proprietors clearly have their highly educated and culturally sophisticated audience pegged: they show a mix of high-quality, independent, and foreign films. The Grand Lake Theatre uses its marquee like a message board to comment on exorbitant parking meter rates or to express support for Occupy Oakland—sentiments that resonate with the area’s left-leaning residents. 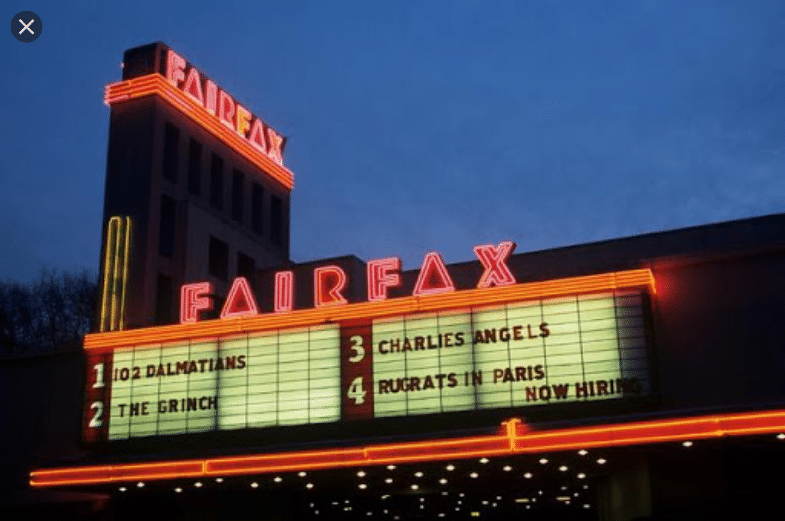 Not surprisingly, the theatres that still show movies tend to be in dense, pedestrian friendly areas with lots of restaurants and nightlife. In East Bay neighborhoods hit hardest by the mid-twentieth-century decline of urban commercial zones, theatres still stand but don’t necessarily show films. Downtown Oakland’s Fox and Paramount were premiere movie palaces in the 1930s when the city was a glamorous place to be. The stunning art deco Paramount is a ballet and symphony hall, and the Hindu-style Fox is a concert venue that spawned a slew of loungy bars and hip restaurants when it recently reopened.

Many of East Oakland’s neighborhood movie theatres are even further from their original uses. The Allendale at 3116 Liese Avenue was converted into apartments, and the gorgeous Spanish style Fairfax at 5345 Foothill Boulevard has been a church since the 1970s.

Unless you live in the boonies, your hometown probably had a movie theatre too back in the day. If you want to find out what happened to it, check out www.cinematreasures.org. This fascinating nationwide catalogue of theatres past and present allows you to search for theatres by city. I was curious about Oakland’s bustling Fruitvale district, so I looked it up and found out that a Wendy’s parking lot now sits on the site of the old theatre. Not exactly a Hollywood ending, but a good reminder that for every theatre still standing, several others had their final curtain calls long ago. As neighborhoods revitalize, it could mean even more tear jerking teardowns. So what can you do? Buy a ticket, get some popcorn, and spend a few hours watching light dance across a silver screen!