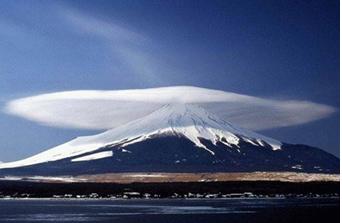 Nature is a miraculous creation that accommodates some unusual and wondrous sights occurring in the framework of the whole universe.
This is a mysterious creature found living in the flowing glacier in Hokkaido, Japan. This creature survives at the temperature of minus two. It is a type of plankton. It has a tiny head and its height is only 1.5cm.

This is a leftover product of quaternary glacier which has a record of 3 million years. It is found in Chongqing, China.

This is a rare and extraordinary view of a rainbow after rain.

This is Qiaogeli Peak, situated in the northern part of Pakistan. It is regarded as the world's second highest peak. The Western climbers refer it as K2 Peak while Chinese authorities officially refer it as Qogir or Qiaogeli Feng.

This is a rare scene of a water tornado occuring in the city of Kunshan in a province of Jiangsu, China.

This is a rare sandstorm that swept through the sky of a city in Jiayuguan in Gansu Province, China.

This “strange hoop of barley field” was discovered in the southern region of Russia. It is regarded as a new discovery by the local people there.|

The photo shows a volcanic eruption that took place in the Eastern part of Java Province in Indonesia. This Buluomo Volcano spews high temperature ashes, dust, and smoke as high as 3,000m.

This is Kilauea Volcano, the world's most active volcano, situated in the island of Hawaii, which lies against the southeast flank of much larger Mauna Lao Volcano in the United States. Its eruption is always accompanied with extremely hot steam plume and lava. The hot lava flows in the lava tube and may flow to cover a local road.

This is a splendid look at a meteor and its aurora. The meteor is a meteoroid that falls to the Earth in a fiery tail which is a bright glow observed over the night sky.

This is a combination scene of comets and aurora over the sky of Alaska. The comet is a mixture of dust and frozen gases that is usually dark and in a solid body that sweeps across the space. The comets appear star-like and they look like tiny balls to our naked eyes in this picture.

This is a faint, but sporadic, atmospheric phenomenon seen in the night sky from locations at high latitudes. This aurora may develop into steady greenish arcs, swirling curtains of yellow green light.

This is an incredible lenticular cloud formation on the top of this mountain. It has the shape of a mushroom.

This is a near-death star which is surrounded by a nebulae resembling a ladder.

This is the world's tallest waterfall called Angel Falls. It is also known as Qiulumeilu Falls. It is located in the Gran Sabana region of Bolivia State, Venezuela in the Canaima National Park. Its total height is at 979m (3,212 ft) with a height of the longest drop of 807m (2,648 ft).

This is Iguazu Falls which is one of the top attractions to visit in South America. It is located on the border of Argentina and in Brazil that is 23km upstream of the converging point of Iguazu River and Parana River respectively. Iguazu Falls has the shape of a horseshoe and is 82m in height, and 4m in width. Its width is four times wider than the Niagara Falls in North America, and is slightly wider than Africa's Victoria Falls.

This is the Aconcagua volcano which is situated in Argentina. It is an extinct and inactive volcano and also the highest peak in the Western Hemisphere with its elevation of 6.959m.

This is a rare look at double rainbows that appeared over the sky of Lhasa, a traditional capital of Tibet, China.

These are a series of spectacular lightning occurrences!

This is an amazing scene that shows a thousand birds flying over the sky of the National Parks of Costa Rica during the evening hours. The sun gradually sinks beneath the earth.

This photo shows how a black hole devouring a star in the universe.

This is an icy scene near the mouth of Huang He River, China.

Airbnb.com – get airbnb coupon first time for discount when you travel around the world 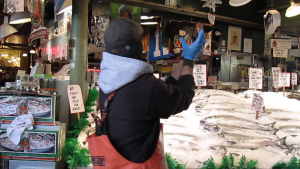