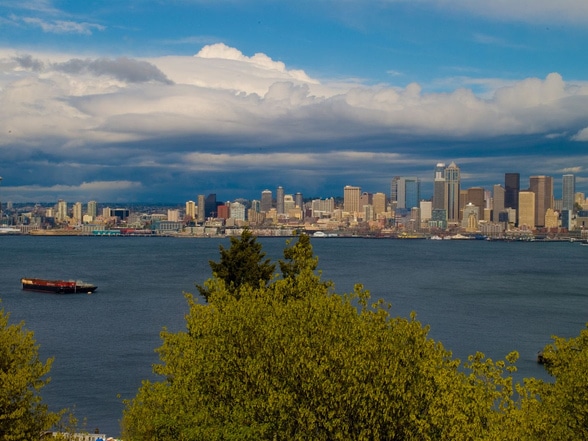 Sitting atop a bluff in West Seattle, North Admiral hosts a warm community home to some of Seattle’s oldest families. This nabe is served by an array of parks–think big acreage and great views of the Seattle skyline. North Admiral's downtown is covered in cute commercial spots and awesome historic pillars like the Admiral Theater and the West Seattle Library (both have been standing since the early 1900's). Homes in North Admiral are mostly old Tudors, Craftsman, Dutch Colonials, and Victorians. More contemporary designs are popping up though as folks discover the charm North Admiral has to offer.

First off, this nabe is freakin’ huge. With huge nabes comes great diversity, and North Admiral is certainly this. Great food, lots of different kinds of food, lots of people, and sprawling residential nabes. This is a dense nabe, and it bustles more than the rest of West Seattle. But I love it.

I really enjoy going out in this nabe, as there is this corner at the intersection of Admiral Way and California Way that is just overflowing with excellent drinking establishments. Seattle, in general has a ton of excellent party nabes, Belltown comes to mind, but for some reason I really like this intersection. It’s a little out of the way, but West Seattle has the best bus service in the city, and I kind of like riding the busses a bit buzzed (read: trashed). North Admiral is one of the best things about Seattle, it’s diverse, and the food rules, but the drinking rules even more.