East Lake is upping the ante on unique additions to a neighborhood. This community is known in Atlanta as being an up-and-coming neighborhood for young couples and families—a perfect location for those wanting to be in-town without the high price tag. In recent years, this neighborhood has added a few items to its list to make it a one-of-a-kind neighborhood including a community garden and a farmers market—East Lake Community Learning Garden (ELC Learning Garden) and East Lake Farmers Market (ELF Market). Well now that list is going to include an urban farm!

For a while I thought terms like farm-to-table and locally grown were just hippie fads—that is until I got involved with ELF Market. That’s when I learned that there is something more to food than, well food. The mission of ELF Market is “Community through Food”, and we are living up to that name by building this farm with Southeastern Horticulture Society (SHS).

We are teaming up with SHS on a project to fight obesity in DeKalb County (eastern county of Atlanta). It’s all thanks to an $82k grant we received from a Communities Putting Prevention to Work (CPPW) program grant from the DeKalb County Board of Health (DCBOH) and funded by the CDC.

We broke ground in February, with plans to start planting in March. The farm calls for a hoophouse (a type of greenhouse with plastic roof wrapping that stretches across flexible piping) and 75 raised beds all set on woodchips that will cover the concrete lot, which is just a hair shy of an acre. The raised beds and hoophouse will grow a variety of seasonal produce including herbs, greens, lettuces, berries, melons, tomatoes and mushrooms—to name a few.

The farm will serve as the production side of the project. Our plan is to sell some of the bounty at a lower cost, to individuals in the community who need food assistance. We are also talking about creating a work co-op program where any hours worked on the farm equate to a discount on farm produce.

Our goal as a 501(c)(3) is to make healthy food more affordable to low-income individuals. Lou Linzie, the ELF Market manager, says, “[the market] had the opportunity to do that through the Wholesome Wave program last year [2011], but we saw areas where we were limited. I think the very best thing is to grow our own food to subsidize food directly”.

The Wholesome Wave program enables us to double the value of every SNAP dollar; $1=$2 at ELF Market, but the qualifying income level is too low for some individuals who still need assistance. A family of 4 would need to make about $22,356 annually or less to qualify for SNAP (USDA Food and Nutrition Service). Plus the farm to farmer’s market ratio in the area is 1:1, so there is a real struggle to get enough farmers out at market.

So there’s the supply end of the issue, but then there’s the cultural and educational factors that’s in many ways more difficult to overcome. “I think it’s a tenuous place to make assumptions about certain areas. There’s a Publix here, so you can’t say that access is the issue, but I do think we can say that awareness is,” says Lou. And that’s where SHS comes in.

SHS, in partnership with the East Lake Foundation (ELF), founded the ELC Learning Garden, in April 2011. The ELC Learning Garden has been building awareness about gardening and nutrition practices over the past year in East Lake. In addition to the beds at the learning garden, they’ve installed learning garden beds at the Charles R. Drew Charter School, and they even piloted a classroom aquaponics program in which students grow plants in a soil-less system. This system uses fishtanks to pump nutrient-rich wastewater into plant boxes; meanwhile the plants in the plant box act as a filter for the fish.

The garden will continue to serve its purpose as a center for gardening and nutrition education in the community. The CPPW project dollars will go towards expanding the garden by adding a greenhouse, rainwater-harvesting materials like cisterns and rain barrels, and supplies to build additional beds. The garden serves as an area where community members can learn about gardening practices and nutrition via workshops taught by experts and the garden’s manager Khari Diop.

They’ve just begun to make a connection with community members through installing educational components at the local charter school and creating a space where people can learn. The grant will help them improve upon those areas, so now it’s just getting people out there and participating.

One of the barriers is overcoming the negative association of gardening with work. “I think it’s a major barrier, especially in the African-American community being that we come from an agricultural background, but for the most part it was by force and not choice…so just overcoming the cultural bias is a challenge,” says Khari.

He plans to add other activities that will get people in the space and excited about gardening by showing them that it’s not just growing food, but it’s about fun and being with your neighbors.  Some ideas on the table are to host movie nights and yoga classes in the garden.

The garden provides people a space to learn and socialize in a positive way, and the farm offers not only food but it has a visual impact as well. “Walking down Hosea [Hosea Williams Drive] instead of seeing an empty concrete lot, you should see an oasis. Lots of green veggies coming out of the ground…the actual visual project will create an awareness, and on a more visceral level it’s hard to deny veggies growing right outside your door,” says Lou.

We know that getting people to change their eating habits doesn’t happen overnight, and we don’t expect it to. What we do hope for is that by putting fresh food and educational opportunities right outside residents’ doors, people will become more aware and eventually get involved, not only with food, but also with their neighbors.

What to expect in the next 2-3 months:

To learn more about the grant visit: http://www.cdc.gov/communitiesputtingpreventiontowork. 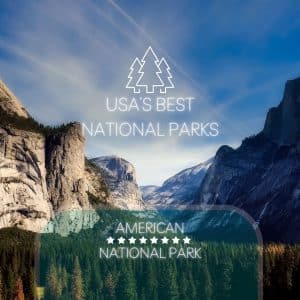 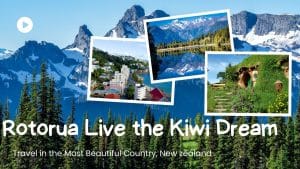