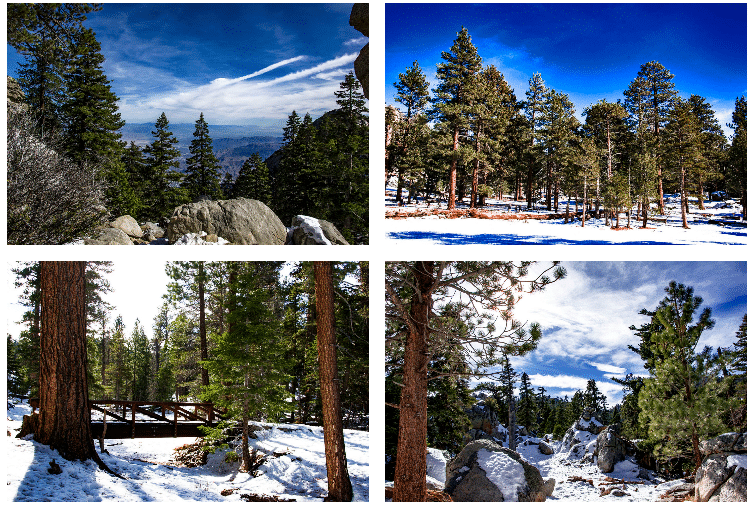 A popular destination with many outdoors enthusiasts – hikers, campers, rock climbers, and sightseers – Mt. San Jacinto is an alluring location for those strong enough and healthy enough to make the long trek to its summit. The shortest route to the summit of Mt. San Jacinto, nicknamed “San Jack” by many locals, is via the Marion Mountain Trail. This trail qualifies as a “no-nonsense” trail that doesn't waste any time gaining elevation. The one-way distance to the top of San Jacinto via this trail is roughly 5 ½ miles; and those miles are tough miles! The majority of those miles are the kind that leaves your heart thumping, your throat screaming, and your legs begging for mercy! But at the top of the summit, a summit that was once labeled as being “the most sublime spectacle to be found anywhere on earth” by none other than John Muir, the founder of the Sierra Club and noted naturalist, the view of the surrounding landscape is well worth the work.

On a clear day, when the winds are blowing and the sky is swept clean of Southern California smog, it's often possible to make out the distant Pacific Ocean to the west, the southern Sierra Nevada Mountains to the north, and the low-lying ridges and mountain passes that mark the southern California border with Mexico and Arizona. Up here, standing atop Mt. San Jacinto's 10,000-foot-plus summit, with nothing but the wind in your face and the cool, crisp smell of elevation, the rest of the world seems a minor footnote; a distant nuisance in some far-away land that has no effect or reach on you as you sit guarded, suspended, and engulfed by the lofty heights of Mt. San Jacinto!