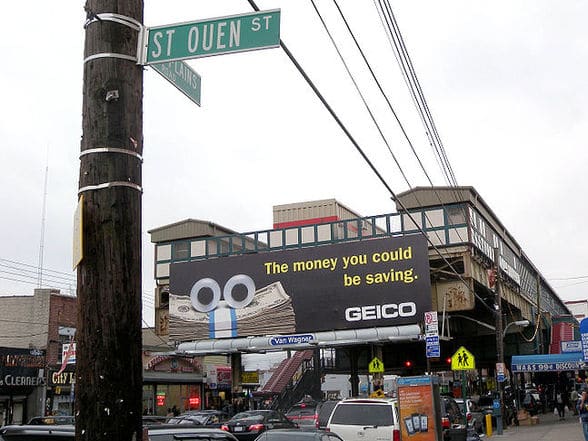 Bordering Westchester, Wakefield is the Bronx's most northern neighborhood. Quiet and calm, the nabe is served by the White Plains Road strip of shops. Adventurous shoppers are also just short ride away from the Yonkers-area Cross County Shopping mall. Wakefield is served by the 2 line (it's last stop!) and the Metro-North Harlem line.

One of the few times I’ve been heckled in my life came the first and only time I visited Wakefield. Some kids rode up behind me on their scooters and bikes and made slurs and comments about my mother, who has been dead for years. This has made Wakefield one of my least favorite places in the Bronx. I doubt I’ll ever visit again.Paul N

I once dated a guy who lived in Wakefield and ugh getting there was a chore! It’s at the very end of the 2 train which is completely local in the Bronx. The neighborhood itself is okay and there are lots of interesting Jamaican restaurants and some nice views because it’s on a high hill.

It’s not that safe though…Josie M

Wakefield is not the Bronx’s crown jewel, sadly. It is plagued by a persistent crime problem, although the community tries to survive. The community is mostly defined, not by the neighborhood itself, but by the plethora of churches dotted around. There are mostly apartments, but a few hard-working residents have achieved home ownership, especially toward the Westchester border.

The 2 train is king here, but it is a long ride to Manhattan and Brooklyn because the train is local. There is an express bus, the BxM11, providing quicker access to East Midtown. Parking is there, but not abundant.

There are a few parks and playgrounds scattered about. A strong Jamaican population provides a few delicious restaurants serving tasty treats at low prices. There are many ethnic clothing stores as well, for those shoppers who seek something a little different in their lives. There are furniture stores and grocery stores, all with amazing bargains.

Families dominate Wakefield, as in most areas of the Bronx, and the neighborhood is always loud and very vibrant. It is also quite hilly, making it a bit difficult for seniors.

Although the neighborhood is a bit unsafe, Wakefield remains a decent community in which to live.Amelia Z