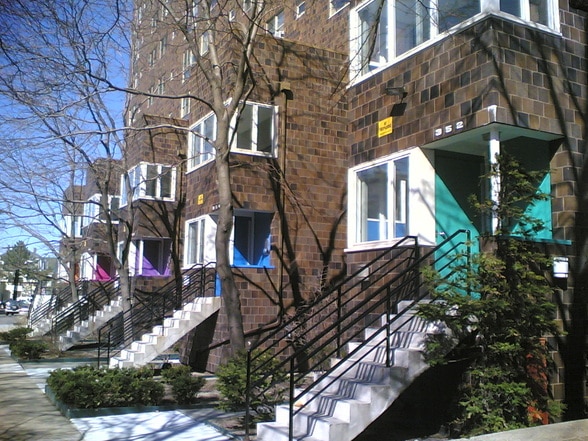 Inman Square is city dwelling at its best. You'll find quiet residential streets just steps away from a hip, happening main street where local businesses thrive. Green space and green grocers keep locals healthy and happy, and neighborhood pride is strong and on display at local coffee shops (no Starbucks here!) mom and pops, and restaurants where locavores get their daily fix. Inman Square is walkable from the Red line T, and is served by several MBTA bus lines.

Because Inman Square has no T stop, you feel like you’re onto something really secretive and special when you walk the 15 minutes here from Central or Harvard Square. There is so much to eat, see, drink and do. There’s Trina’s Starlight Lounge for cocktails and Christina’s for made-from-scratch ice cream. There’s Bukowski’s for beer and Punjabi Dhaba for cheap Indian. And The Druid for more drinks, and Ryles for jazz and East Coast Grill for barbeque…I could go on, but I’ll stop here and just say that Inman Square is jam-packed with all the hedonistic pleasures you could want. Oh, and someone who lives aboves Christina’s is always blowing bubbles out the window—could this place get any cuter?

Parking can be a terror, so I’d get a bike or pay up for an off-street spot. It’s a clean, safe neighborhood that’s great for an off-the-T day trip and an even better place to live.

Yoga, Coffee, and so much more!

Although I’ve never lived here, I imagine Inman Square is a lovely place to live for young couples, singles, grad students etc. Every time I visit, I am charmed by the little community, the locally owned restaurants and stores, and the happy residents. This nabe is a hotspot for people seeking a low key life complete with all of the amenities to keep you happy. I’ve actually visited the nabe to practice yoga and there are several studios in addition to a meditation center (maybe this is why the residents are all so happy!) The local coffee shops are also a major bonus; what can I say, a good yoga class and fresh coffee are two of my favorite things in this world, but don’t worry, there’s much more to offer. From small cafes to sandwich shops and a diverse array of Ethnic restaurants, Inman Square is a little village offering it all.

Inman Square: Worth the Walk

In Inman Square you’ll find a mix of locals, young professionals, families, and of course, a healthy dose of hipsters – my favorite part is that it’s diverse in many ways. On the same block as the best Indian food you can imagine, you’ll find a traditional Irish pub and Mexican food that is truly authentic.

Inman Square has restaurants and shops that have been around forever, making the neighborhood what it is today. But at the same time, it seems like a new restaurant is always popping up, which keeps things exciting.

Inman Square is one of the few neighborhoods in the greater Boston area that isn’t swarming with college students – not that that’s a bad thing. It just means that the night life is a touch more quiet than some of the other neighborhoods, but in a good way. You won’t necessarily find a bar that turns into a night club, but you will find a place to enjoy the company of your friends – and good food.

While Inman Square isn’t too close to a T stop (if you’re ambitious you can walk a mile or so to find the nearest stop), it does hit major bus routes. Also, you have a straight shot into Boston via Cambridge Street, which tends to make for cheaper cab rides into the city and to the airport.

Sometimes Not Having The T Is A Gift

I lived in Inman Square for 2 amazing years. When I first moved there I was very concerned about the distance to the red line in Central Square (about a 15 minute walk at a brisk pace), but I later learned that not having a T stop in the neighborhood is what keeps Inman special.
Inman Square is a self-sufficient, tight-knit community, preserved by a lack of easy access to the T. By keeping the T at a distance, this neighborhood has avoided being overrun by students and tourists, unlike the rest of Cambridge’s so-called hotspots. The plethora of ethnic restaurants, along with a nice balance of more traditional “American” fare, the eating scene in Inman Square alone is enough to keep any resident happy. When you throw the numerous trendy bars into the mix, along with coffee shops, bakeries, grocers, pharmacies, a furniture store, a homemade ice cream parlor, a toy store and a hardware store, there’s no reason for anyone to leave this wonderful enclave of Boston.
While the square itself is alive with hustle and bustle, the residential areas are quiet and charming. While I lived in Inman, I was most impressed by these quiet streets and the friendly nature of my neighbors. All of the residents on my street knew each other and made an effort to get to know me and my roommates after we moved in. Our street hosted block parties, joined together for large scale holiday decorating, and turned into a trick-or-treater’s paradise during Halloween for all the local residents with children. Even the local teens offered to help me shovel out my car after it snowed. I have not encountered a friendlier neighborhood in all of Boston.

First time visiting, it may be a ways to get to- but once you’ve been there, this neighborhood offers many of the things that draw people to stay in Cambridge. (There’s no T line that runs into the area) In the last few years, this area has really shot up and become a place people go to. It is still expanding and drawing new visitors and residents.

There are a lot of families and young professionals in this area- and many are interested or actively create a community for the Inman Square neighborhood. It is a tight knit group of residents that all support each others businesses.

The main street in Inman Square boasts all small, independently owned businesses- cute furniture and clothing, great restaurants, probably my favorite bar in Boston and lots of pretty painted buildings.
Food!! The best places are Punjabi Dhaba- for really cheap and yummy Indian… East Coast Grill- for the biggest and most delicious vegetarian platter… and 1369 Coffeehouse for the friendliest coffee around… you can find a lot of good eating out here. The go to the Druid and get a drink- you won’t find nicer or cuter around. The grocery store isn’t too far away (Whole Foods or Food Master).

Inman Square is so close to Central and Union Squares so you can easily take advantage of their big farmer’s markets and- if you’re looking for it- there’s more noise over there!

A Vibrant Community in an Ideal Location

If there’s one trick you should learn about Boston, it’s that you can’t let the T keep you from exploring. There’s too many hidden gems throughout the city that the T doesn’t reach. Inman Square is the perfect example.

Inman is a community-driven, local-first neighborhood. Its residents prefer to get their morning fix at 1369 Coffee House, nom on some eats at East Coast Grill, and meet with their friends for a late-night drink at the Druid or Bukowski’s. You’re bound to see old friends as you walk through the square, and meet new friends through the old ones. It’s a tight-knit, yet inviting, community.

One of the best features of Inman Square is that it is virtually in the middle of the Boston metro area. When you’ve tired of the burritos at Olecito and your (misinformed) friends have thrown every conceivable offensive claim at you for eating too frequently at City Girl Cafe, a quick drive/bike ride/bus ride will get you to other great parts of the city. Head south from Inman and you’re in Central Square; west is Harvard Square; northwest is Somerville, with hip Davis Square; north is the upcoming neighborhood Union Square; and west is Kendall Square, and with a quick jump over the bridge, you’re in Beacon Hill and downtown Boston.

Give Inman a go. Sure, the T doesn’t chug its way through this part of town. But that’s what gives it its charms and makes it comfy. Inman Square is where you’ll find true Boston community.

20 minute walk to the T, but buses come through very regularly.

Because Inman Square has no T stop, you feel like you’re onto something really secretive and special when you walk the 15 minutes here from Central or Harvard Square. There is so much to eat, see, drink and do. There’s Trina’s Starlight Lounge for cocktails and Christina’s for made-from-scratch ice cream. There’s Bukowski’s for beer and Punjabi Dhaba for cheap Indian. And The Druid for more drinks, and Ryles for jazz and East Coast Grill for barbeque…I could go on, but I’ll stop here and just say that Inman Square is jam-packed with all the hedonistic pleasures you could want. Oh, and someone who lives aboves Christina’s is always blowing bubbles out the window—could this place get any cuter?

Parking can be a terror, so I’d get a bike or pay up for an off-street spot. It’s a clean, safe neighborhood that’s great for an off-the-T day trip and an even better place to live.