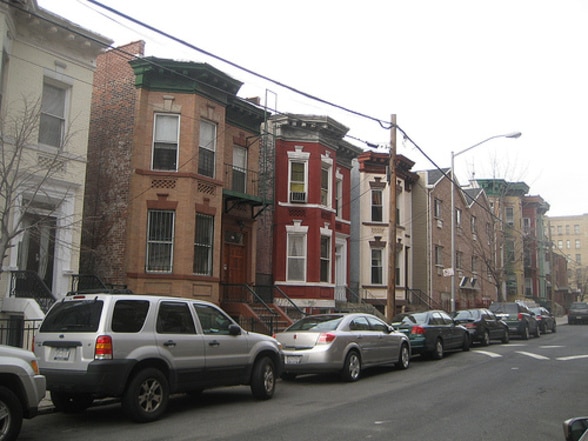 Southern is probably the best shopping area in the Bronx. For food, check out jimbos on 163. Best burgers in new york.Alex

Though Longwood on the whole gets a bad reputation (it’s a nice little place) Southern Blvd. deserves all the negative press it gets. It’s too loud and messy and there are kids running down its length at all times during the day and night. (I blame the parents.) Still, if shopping is your thing, then by all means – come.Paul N.

Longwood is a neighborhood that has been through quite a lot. Like its neighboring communities, Longwood fell to the fire in the 1960s and 1970s and has since attempted to work its way back up.

And so far, efforts are successful: new apartment buildings are sprouting like dandelions on a lawn, and Southern Boulevard is now teeming with activity. This is a neighborhood that is dirty and a bit run down, however… its walls are lined with graffiti. Some pieces are actually quite beautiful.

The Bruckner Expressway soars at the eastern border of Longwood, creating a messy, loud, and quite dirty atmosphere. In contrast, there are many beautiful brownstones in the area, even on Bruckner Boulevard, that have yet to be converted into pricey monstrosities.

Shopping and dining (primarily fast food) are available along the massive Southern Boulevard shopping strip out toward Hunts Point. There is nightlife, but it is sporadic and consists of mainly Spanish clubs. If this is your scene, then Longwood is great for you.Amelia Z.