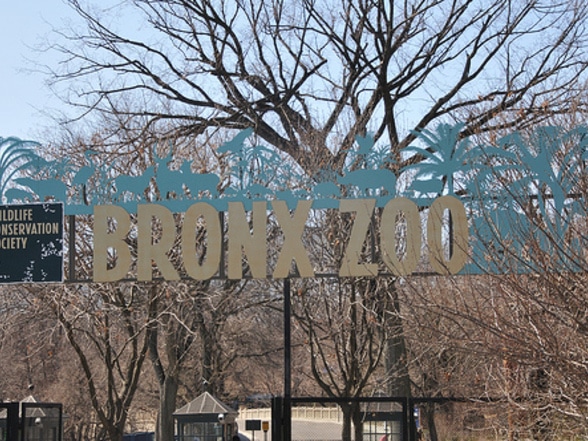 Located in the central west Bronx, West Farms is bordered on its northern end by Bronx Park and on its southern end by the Cross-Bronx Expressway. The area is perhaps best known for being in very close proximity to the Bronx Zoo, with West Farm's Square–East Tremont Avenue–being the stop most likely to serve incoming zoo visitors. The area itself has consisted mostly of tenement buildings, though a surge in construction has left the area with a selection of townhouses as well. West Farms is served by the 2 and 5 lines.

I mostly venture to West Farms to visit the Bronx Zoo with my grandchildren, and it seems nice enough. People around here like asking me for money, which I find more charming than irritatingPaul N

West Farms has a lot of potential because it’s so close to the Bronx Zoo and not that far from Manhattan, but it’s just really ghetto. No decent restaurants, barely there shopping… and it’s dirty and loud. Maybe it’s the projects close to the train station…

There’s a nice art gallery called the Bronx River Art Center there, but I wonder how it stays open?Josie M

West Farms lies near the geographical core of the Bronx. As a result, it is a transportation lover’s dream: various bus lines cross through. The 2 and 5 trains hover overhead, on a long curve that echoes at all hours of the day. Through two expressways and several wide avenues into the mix, and you are left with a neighborhood that is perpetually loud and bustling.

West Farms is also quite close to the Bronx Zoo and several parks along the Bronx River, with an improved waterfront. Large families can be seen enjoying the day, despite the persistent background noises. Manhattanites often pass through on their way to the zoo. At five o’clock in the afternoon, West Farms comes alive with balloons, ice cream trucks, cotton-candy vendors, and “coco-cherry-mango” ladies, with their tiny carts.

Despite the nearby attraction, West Farms does have a crime problem. The areas along Tremont Avenue heading in the direction of the Bronx River Parkway get quite sketchy. Large public housing developments dominate the landscape, both aesthetically and socially. It is best to be on one’s guard in this area.

I’m not exactly sure to whom I should recommend West Farms. Many families there are either long-standing, or recent immigrants, who likely find out about apartments via word-of-mouth. If one discovers it, however, I wouldn’t entirely discredit the neighborhood. It has a lot of potential.Amelia Z